William must have then moved to England where he started a second family. He lived in Bristol and died at sea near Cape Horn (Sole Family by Rev. G.T. RIDLON, Sn., (1926)). His wife's name in christening records for his children is Annie PARRY. His children were christened in the Parish of Saint Peter, Liverpool, England.

Lloyd's Captains Registers listed Captain William H. Sulis as born in 1819 in Saint John. His masters certificate #8941 was issued at Liverpool on 1853. William was captain of the "MONTEZUMA" from 1854 to 1863 which sailed in the West Indies, Caribbean and Atlantic
and Gulf ports. He was captain of the "ARZILLA" in 1864-66 and sailings included the East Indies, Mauritius and the Red Sea. He was captain of the ship "AFRICANA" in 1867-8 which also sailed in the South Pacific and Indian Oceans. There are no entries for 1869 however the notation "DEAD" was listed opposite his name. 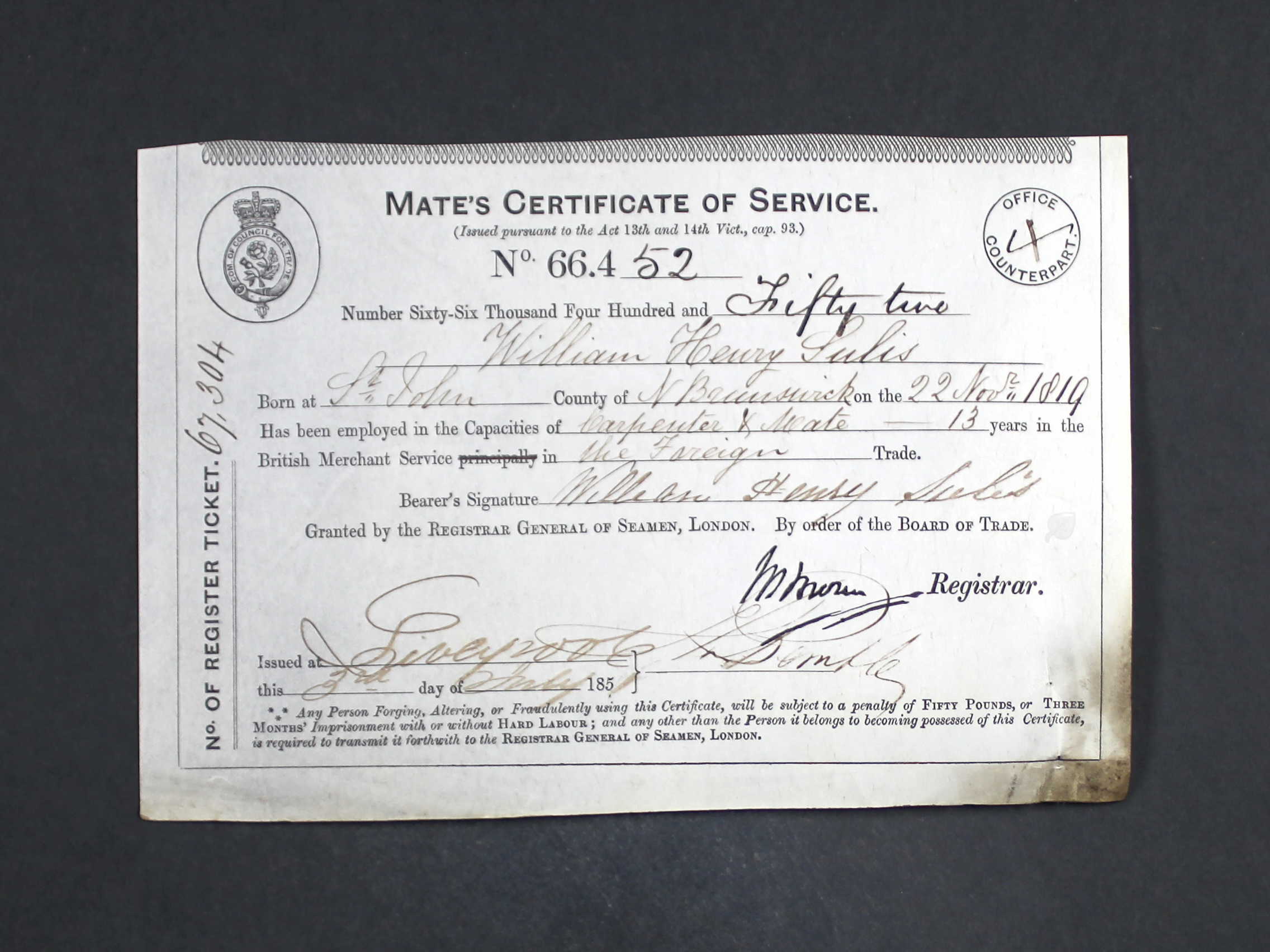 Mate's certificate of service as carpenter and mate for 13 years