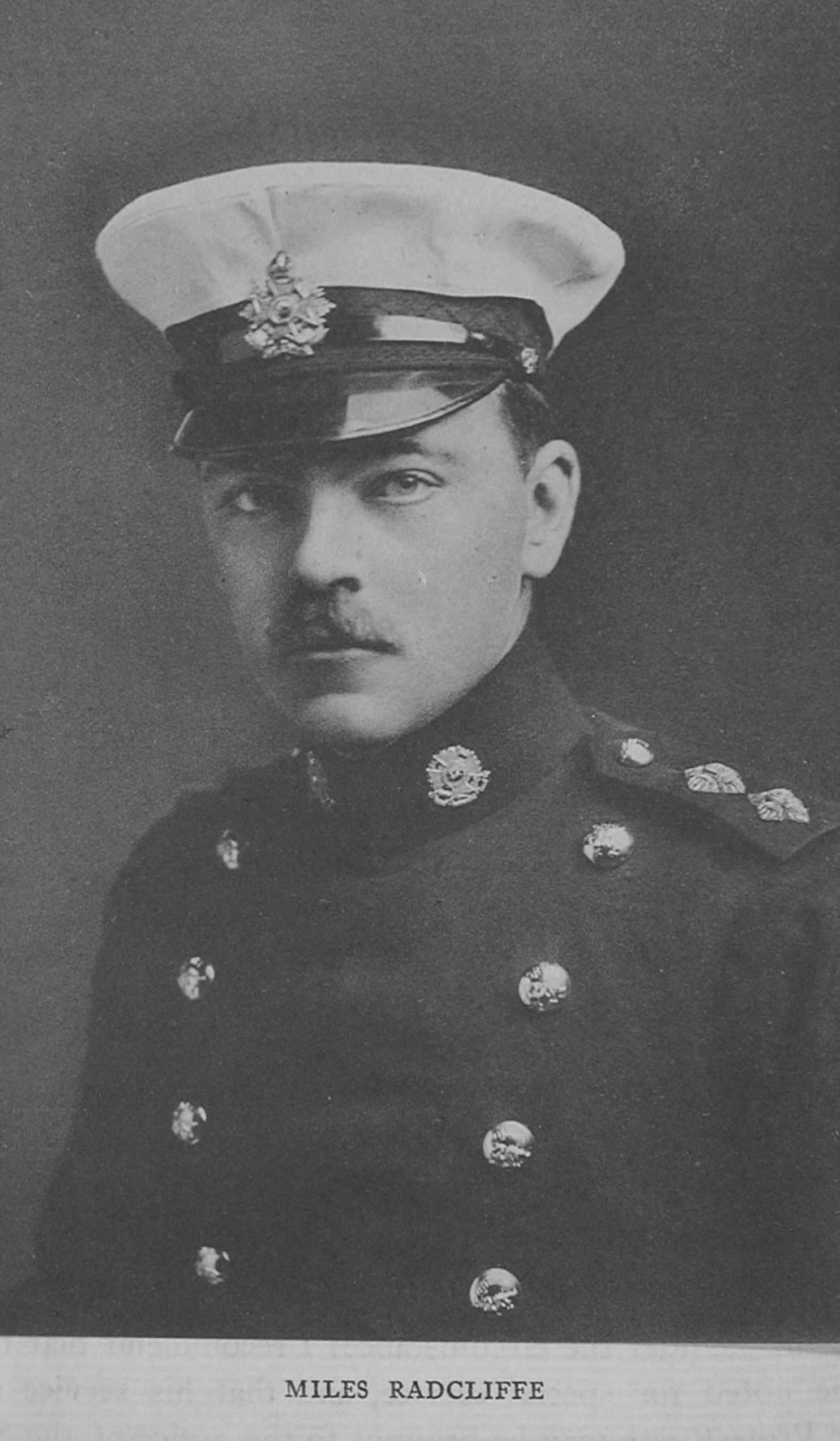 He was educated at Cheam Preparatory School followed by Harrow School from 1897 to 1901.

On 13th January 1904 after being a Gentleman Cadet at the Royal Military College he became a Second Lieutenant in the Border Regiment.

He served in South Africa with the Mounted Infantry from 1906 to 1907.

In 1911 he was an officer in the 2nd Batallion Border Regiment based at Headley in Hampshire.

In 1913 he married Kathleen Duffin and they had a child Miles Claude Radcliffe on 13th January 1914.

On 29th October 1914 he was promoted from Lieutenant to Captain in the Border regiment.

He was Killed in action in WW1.
From the 1st Bn. Royal Scots Fusiliers War Diary it states:
12.12.14 - Relieved H.A.C (Honourable Artillery Company) in trenches as before (near Kemmel 8km south west of Ypres). Captain M. Radcliffe, Border Regiment attached to Bn & in charge of machine gun killed in Rt. trench, opposite P.T. 26.

He was shot through the heart by a sniper while returning to a dug-out.

One of his fellow officers wrote: “We are all most sorry about your son; he had done extremely well, and was a very good and gallant officer.”

His grave is marked ‘Known to be buried in this cemetery’ and his personal gravestone inscription reads: “Peace, Perfect Peace’.
In St Thomas’ Church, Crosscrake, a brass memorial was placed in Miles’ memory with the inscription: “In loving memory of Captain Miles Radcliffe, 2nd Battalion Border Regiment, killed in action near Ypres Belgium on Dec. 12th 1914 aged 31. Be thou
faithful unto death and i will give you a crown of life.”

There is a memorial plaque to him at St. George's Memorial Church in Belgium. 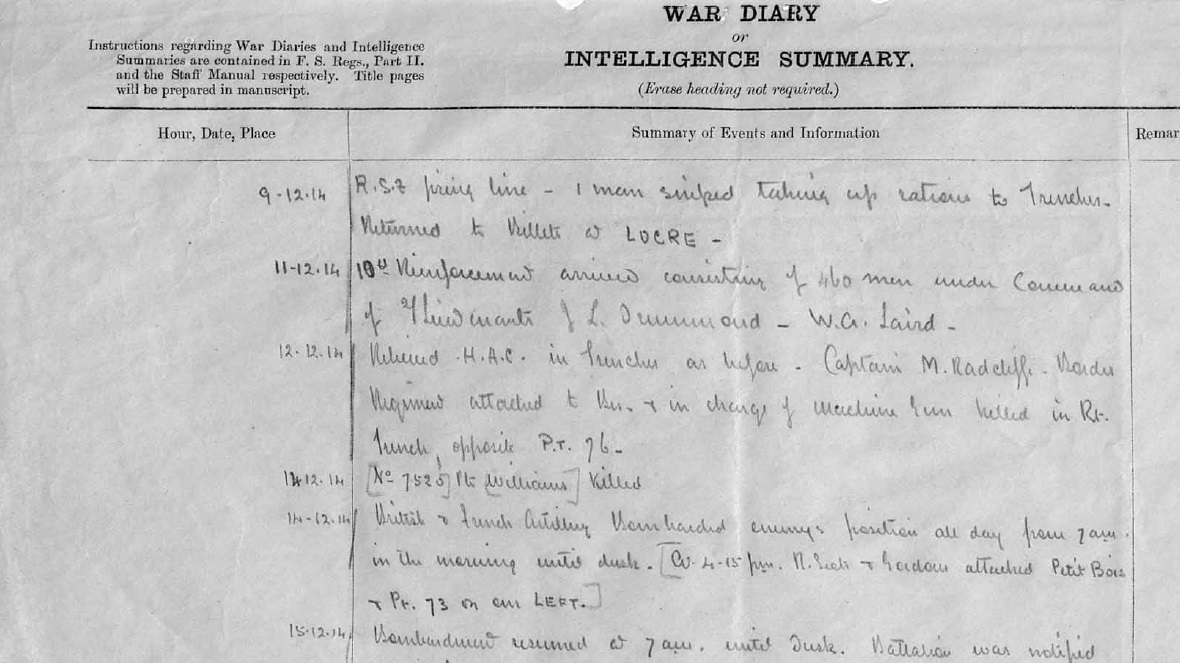 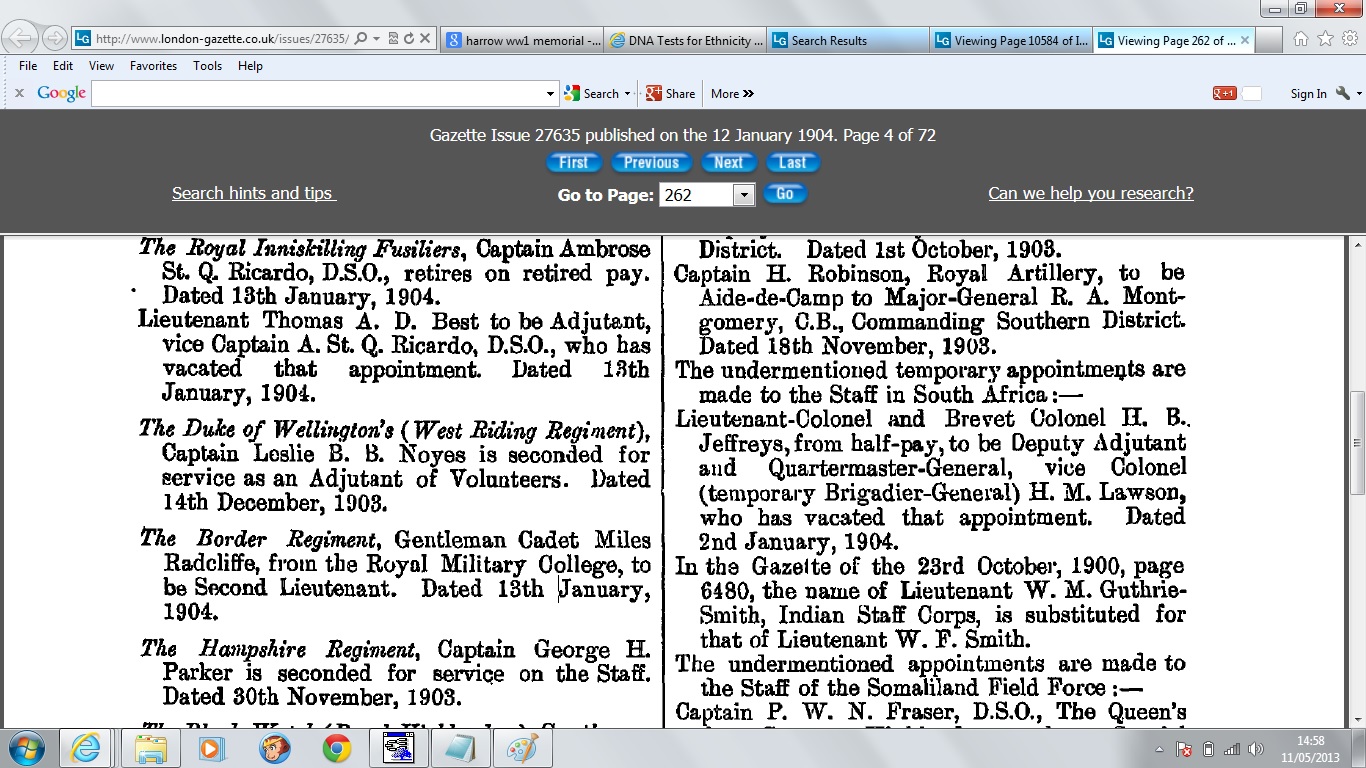 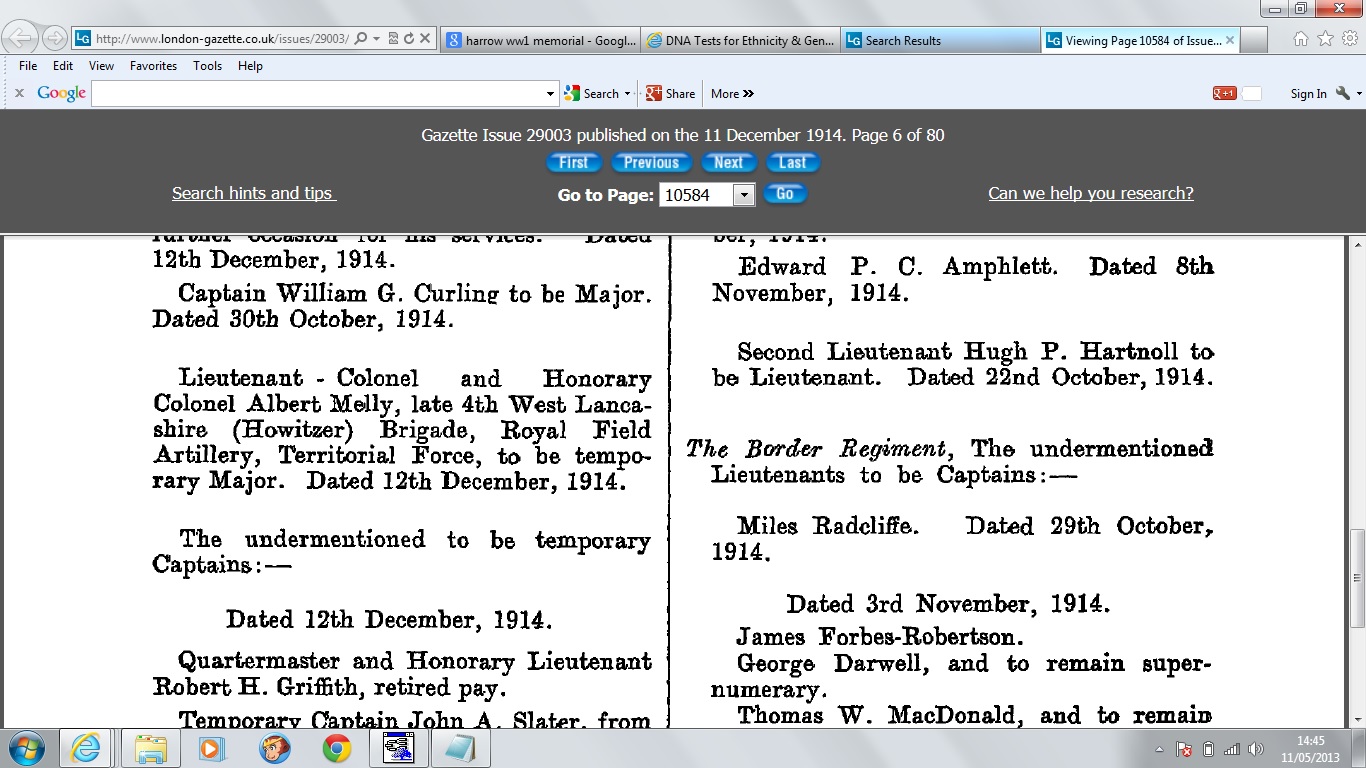 Newspaper obituary
This memorial plaque to Captain Miles Radcliffe of the 2nd Border Regiment is inside the church of St. Thomas, Crosscrake 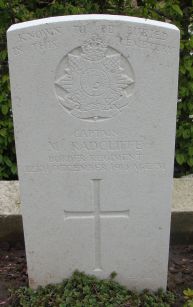 Gravestone at Kemmel cemetery in Belgium