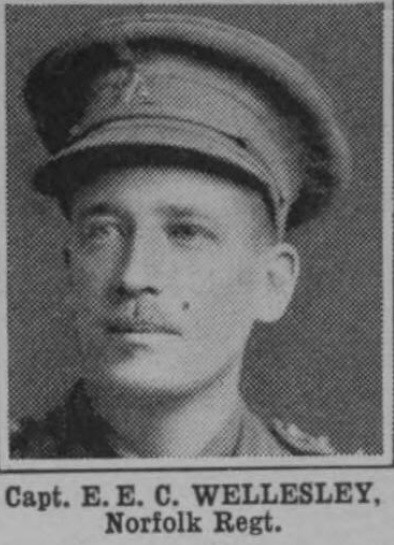 He had previously been in the Ceylon Rifles (Vol) which he resigned from in 1911 and was now living at Bramley Grange near Guildford.

He married Gwendoline Samuels of Eden Field, Llanfairfechan, on the 6th April 1916 at All Saints,
Margaret Street, Marylebone. The witnesses were her father John Samuels (Major in the Royal Garrison Artillery who won the Victoria Cross according to Burke’s peerage) and his mother Florence Burr. The clergyman was his step-father Arthur J Burr. He returned to the Front on the 13th April and the same month was killed by a shell at 9.30pm on the Canal bank near Ypres on the 30th April 1916. 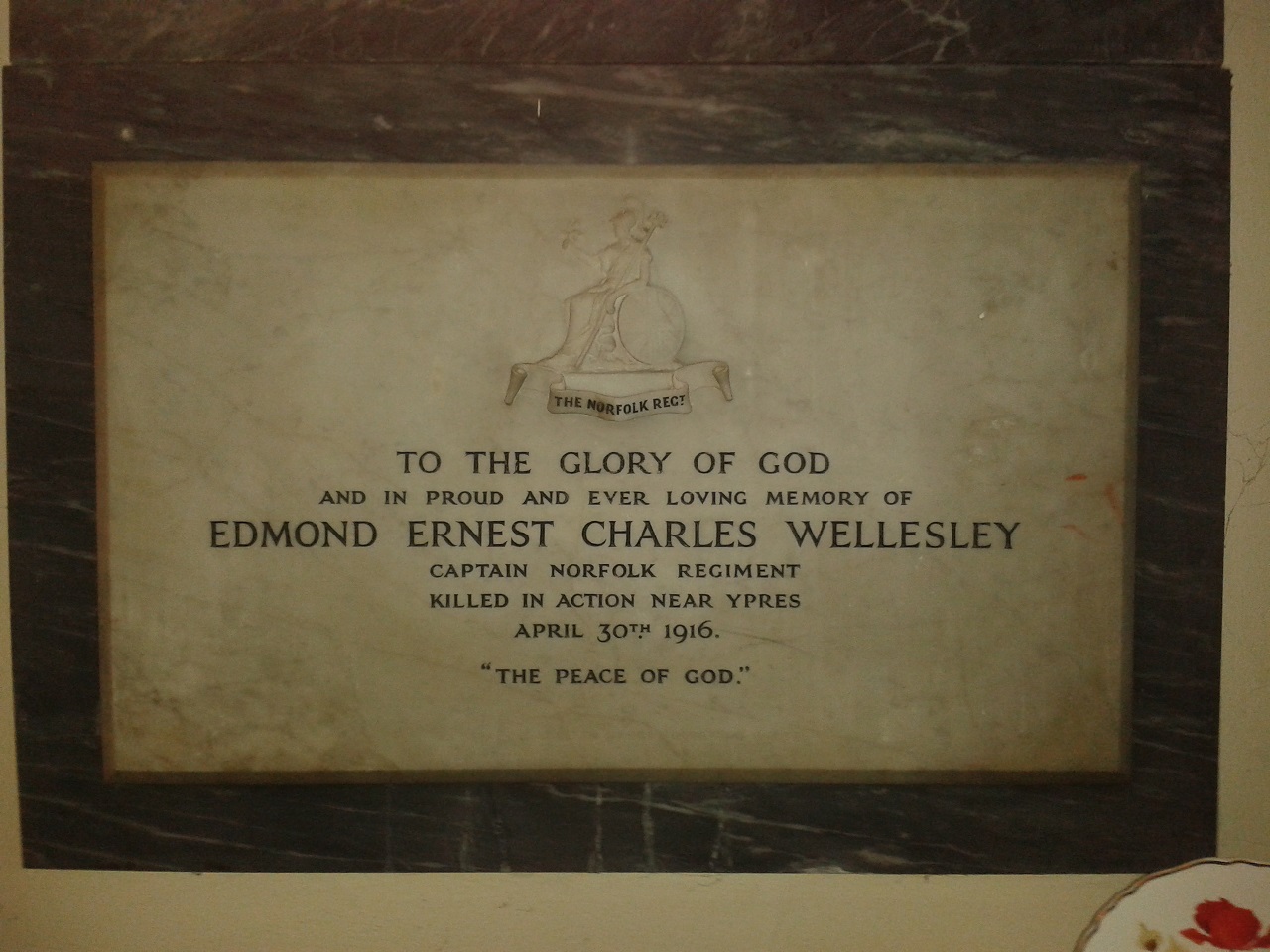