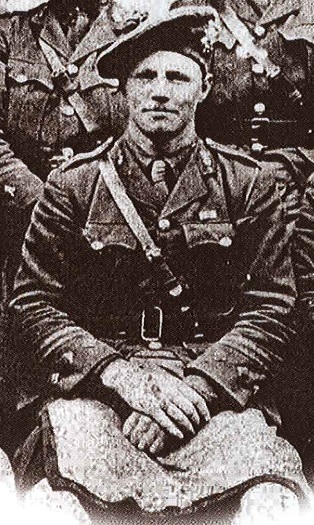 After Fettes, he went to Clare College, Cambridge where he received a Blue in 1910.

He was commissioned 2nd Lieutenant in the 9th Battalion Highland Light Infantry (Glasgow Highlanders) and rose to the rank of Major. He won the Military Cross and was twice Mentioned in Despatches. He served for four years and two months being very nearly one of the few of the originals to make it through the war.
He died of wounds received in action when he was hit by a rifle grenade.

He was a much respected officer by men and fellow officers and organised sporting tournaments and spectacular fireworks during the war for his battalion.

His name is inscribed at the War Memorial at Coulter (a village south west of Glasgow) and also at Cargilfield Prep School.

References:
Email of his time at Fettes kindly sent by David McDowell, History and Politics Department at Fettes.

"The Glasgow Highlanders" by Alec Weir.

Profile of Edward McCosh in The Caledonian Club magazine, Summer 2015 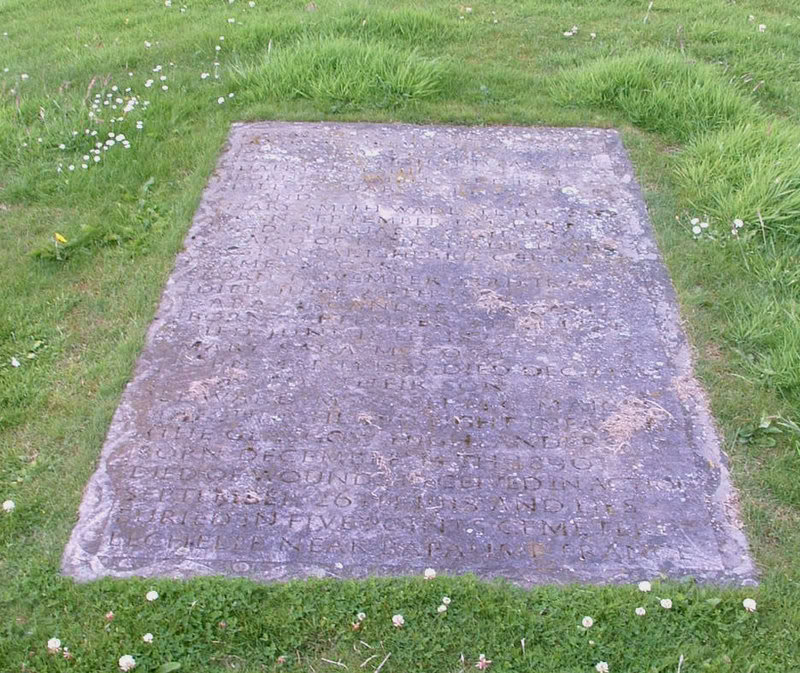 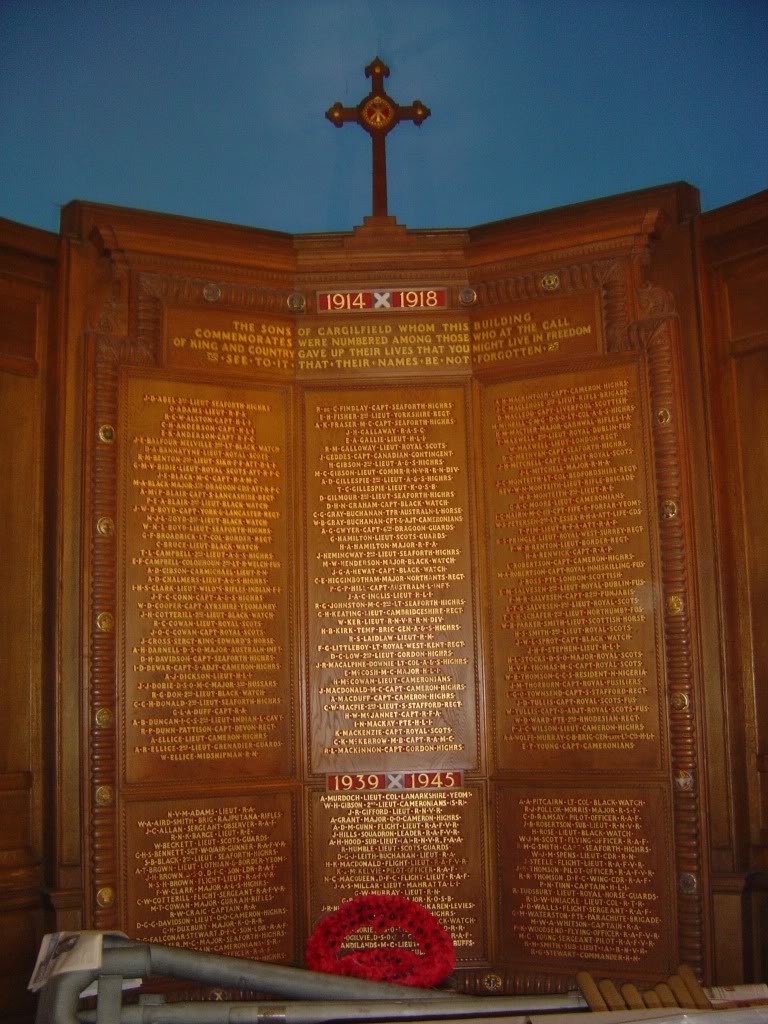 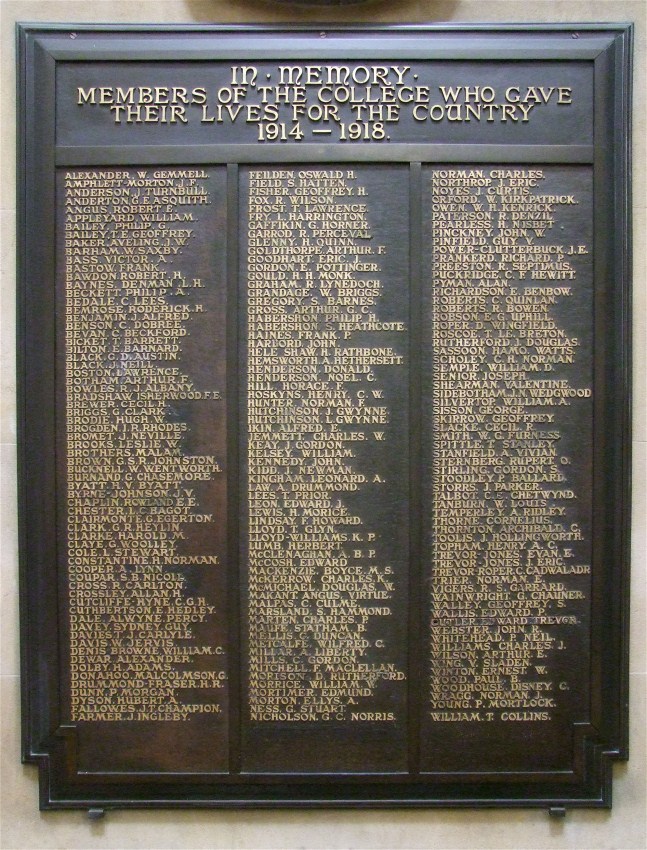 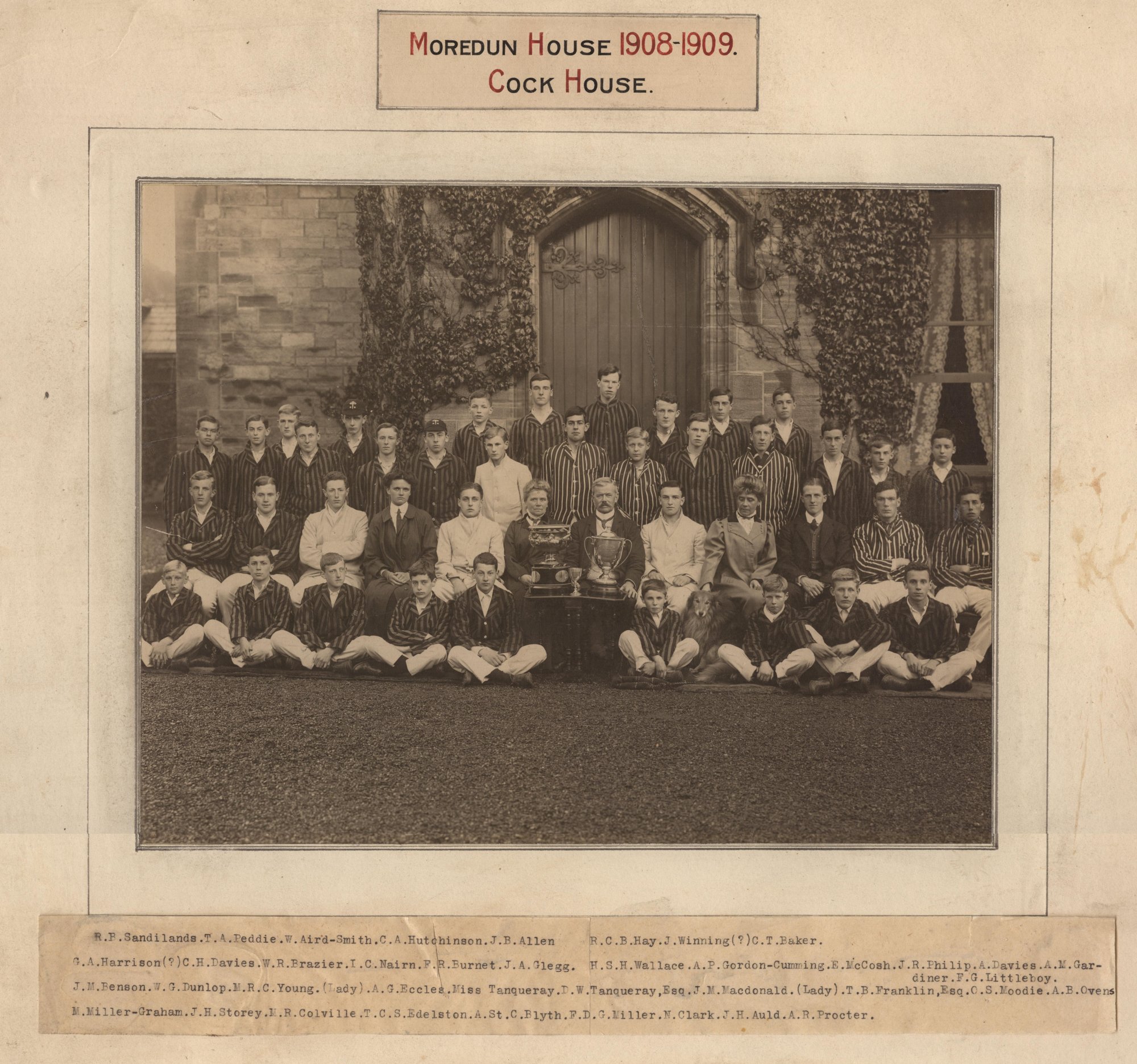 Edward McCosh is standing on the third row, the fifth from the right in the Moredun House Photo at Fettes in 1909 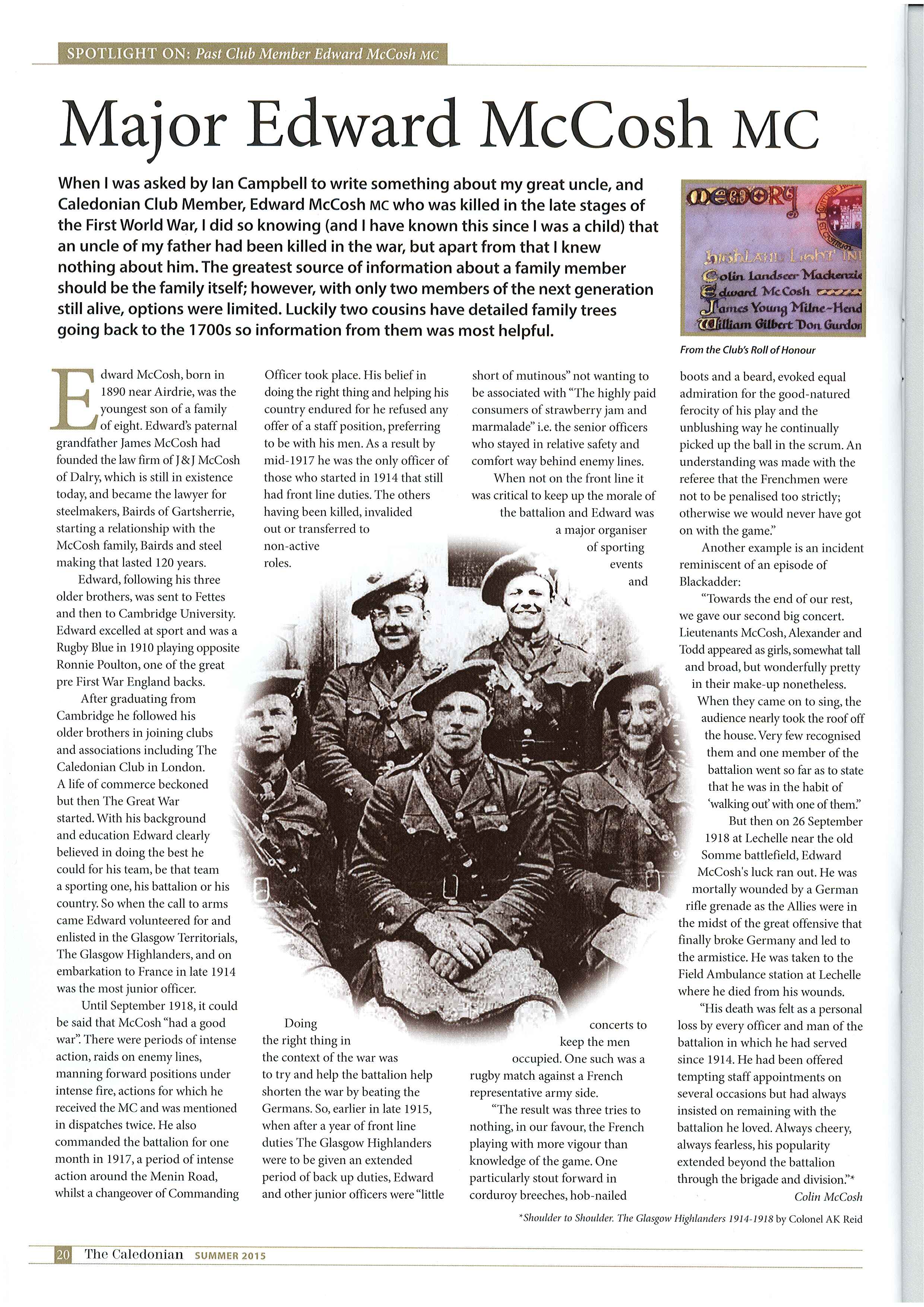