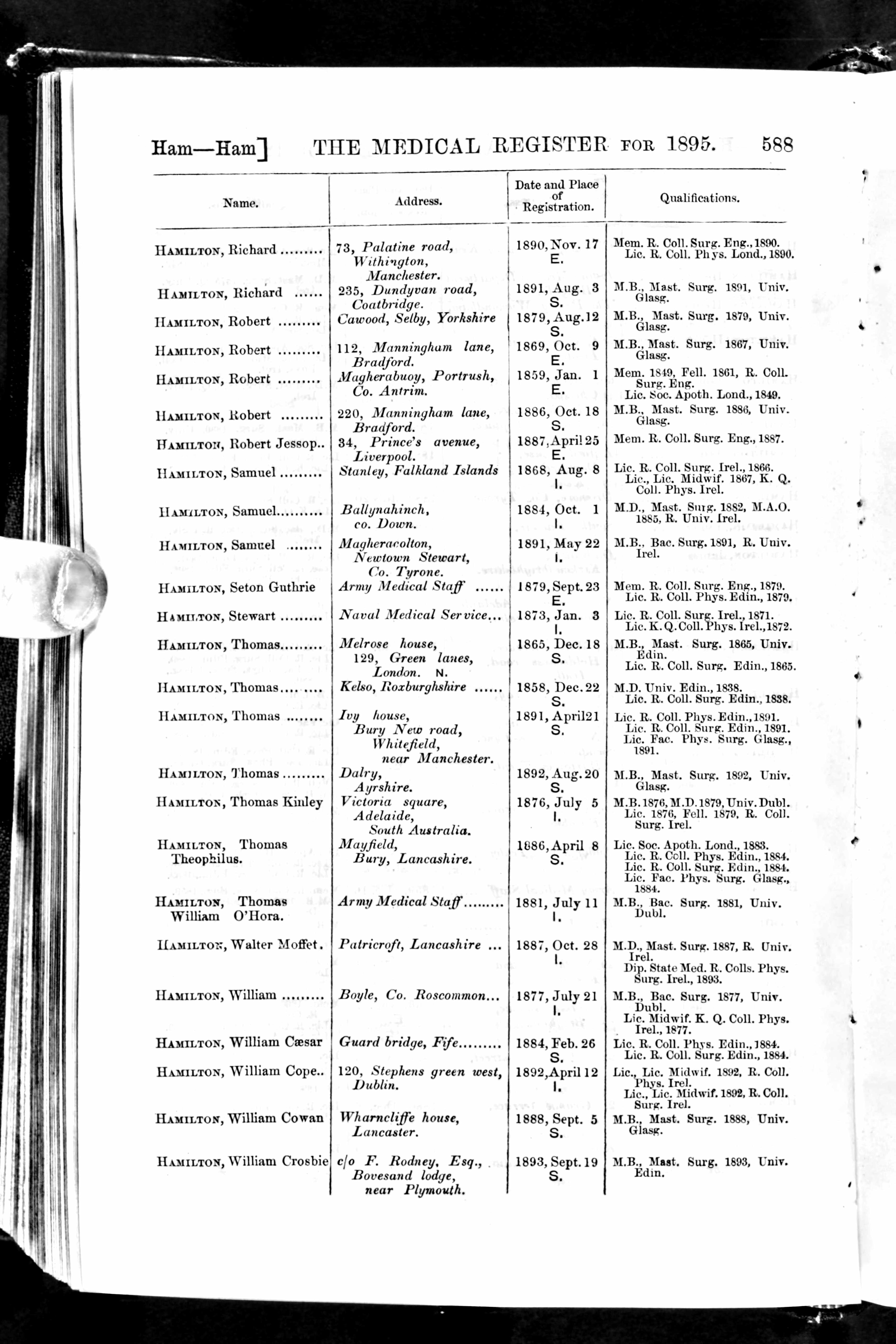 Death announcement 17 Sep 1918 in The Times:
Mr Robert Jessop Hamilton, a well known ophthalmic surgeon of Liverpool, died suddenly yesterday. In his early days he was associated with the Royal London Ophthalmic Hospital and the Hospital for Sick Children in Great Ormond street.
https://www.newspapers.com/clip/6200566/death_announcement_for_robert_jessop/?xid=637

The sudden death of Mr R. J. Hamilton on September 16th, came as a shock to his professional brethren and his many friends. He passed away in his sleep at Heswall, where he had been residing during the summer months, at the same time carrying out his professional duties. Mr Hamilton was the son of the late Mr Robert Hamilton, at one time surgeon to the Royal Southern Hospital. For over twenty one years he practised ophthalmology, and in addition to the Royal Southern Hospital appointment, was ophthalmic surgeon to the Victoria Hospital, Liscard, and to the Southport Infirmary.

As a member of the Liverpool Medical Institution Mr Hamilton frequently took part in discussion on eye cases recorded and shown at the meetings of the members. He held the post of vice-president in 1915-1916, and filled the office of treasurer to the institution. Mr Hamilton was of a quite disposition, and took no active part in public matters; as a churchman he was much interested in the building of the new cathedral.

The funeral took place of Heswall Parish church. Many of his colleagues of the hospitals to which he was attached and friends were present to pay their last tribute to one who had endeared himself by his kindly thoughts and actions to many who had sought his professional aid. The loss of his only son in March this year in the war was a great blow for him. Mr R. J. Hamilton was a widower, and leaves two daughters and many friends to mourn his loss and cherish the memory of a life well spent.