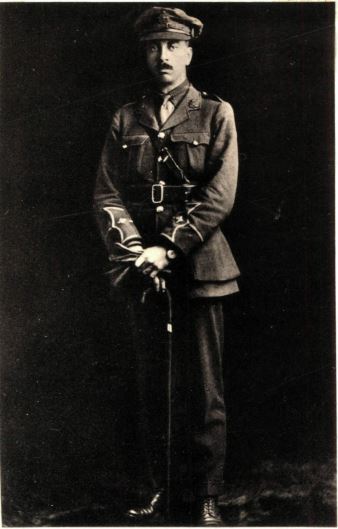 He originally enlisted with the 78th Battalion CEF in Winnipeg on July 1, 1915.

Rugby Memorial:
He entered School in 1901 and left in 1904. He then studied Natural History at the Tullie House Museum at Carlisle and became a distinguished ornithologist, going out to Canada for two years to pursue the study in the wilds.
He came to England in March, 1916, with the Winnipeg Grenadiers, 78th Battalion, Canadian Infantry. He then joined an O.T.C. at Oxford, and was subsequently given a Commission in the Border Regiment.
He went to France on April 18th, 1917, and was killed by a bomb at Monchy-le-Preux on May 19th, 1917. Age 30.
His Colonel wrote :—
"He acquitted himself nobly, and his Company and the whole Regiment are very proud of him. He did all that man can do against tremendous odds, and at last died the death that is the finest a man can die, fighting it out at close quarters to the bitter end. He was last seen shooting at a party of German bombers, only ten yards away, right in the open, and he stuck to it to the end, until they killed him with their bombs."

He is commemorated on the Thiepval Memorial, Bay 6.