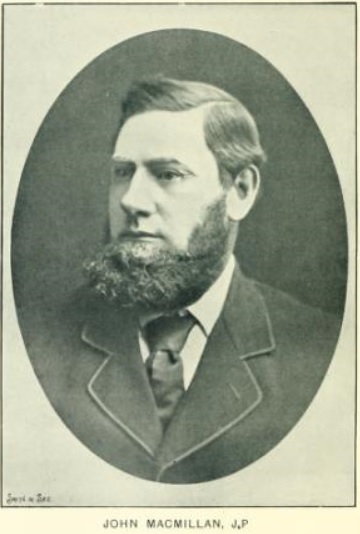 Lineage (from Burke's Landed Gentry):
— Mr. John McMillan is the lineal descendant and representative of the ancient family of McMillan of Brockloch and Holm of Dalquhairn, in the parish of Carsphairn, co. Kirkcudbright. The lands of Brockloch were held originally by the tenure called "Manrent," but when King Robert the Bruce created the Chief of Brockloch Baron of Ken, he obtained a charter of all his lands, 'blanche' of
the Crown. The properties of Brockloch and Holm of Dalquhairn were united through a marriage in 1741, but on the death of John McMillan in 1852, Brockloch passed from the possession of the MacMillans, but Holm of Dalquhairn, which comprises Upper and Nether Holm and Clenoch, is still the property of the representative of the family.

"Glencrosh continued in the possession of the Gibsons until
about 1870, when the estate was sold to John M'Millan of
Holm, in whose family it continues."
"A Glencairn Ploughing Society has existed since 1869.
The Society was instituted, for the encouragement of ploughing,
at a meeting held in Dumfries on the 27th day of January, when
John M'Millan of Glencrosh was appointed President and Robert
W. Sloane Secretary."
pg 171, 'Glencairn, The Annals of an Inland Parish' by John Corrie, 1910 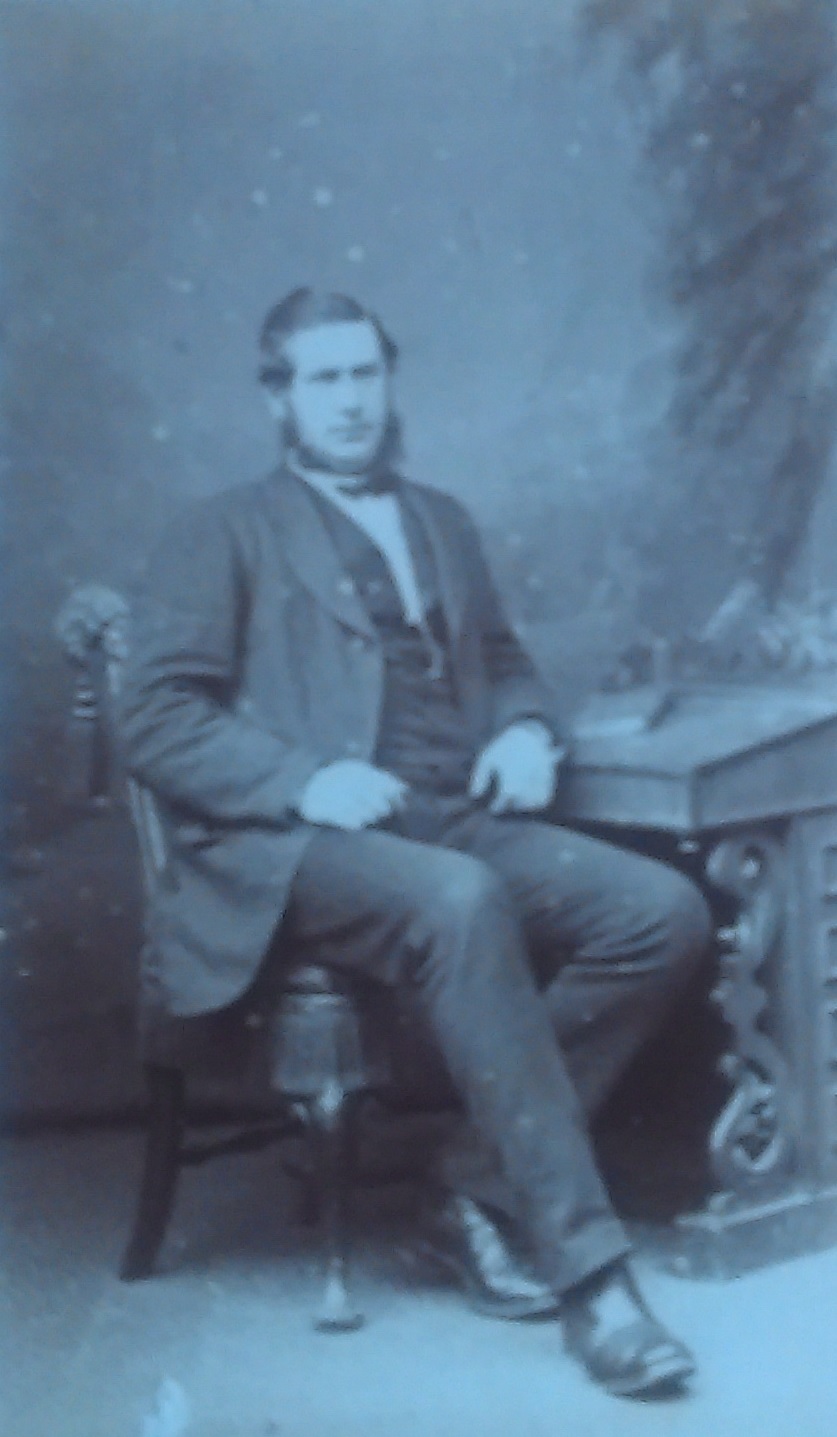 'Great Grandfather Macmillan of Glencrosh' written on back (Photo at Glencrosh)

Clan MacMillan crest: Misesris succerere disco (I learn to succour the unfortunate)
"Glencairn, The annals of an inland parish" by John Corrie, 1910
Inventory and valuation on death 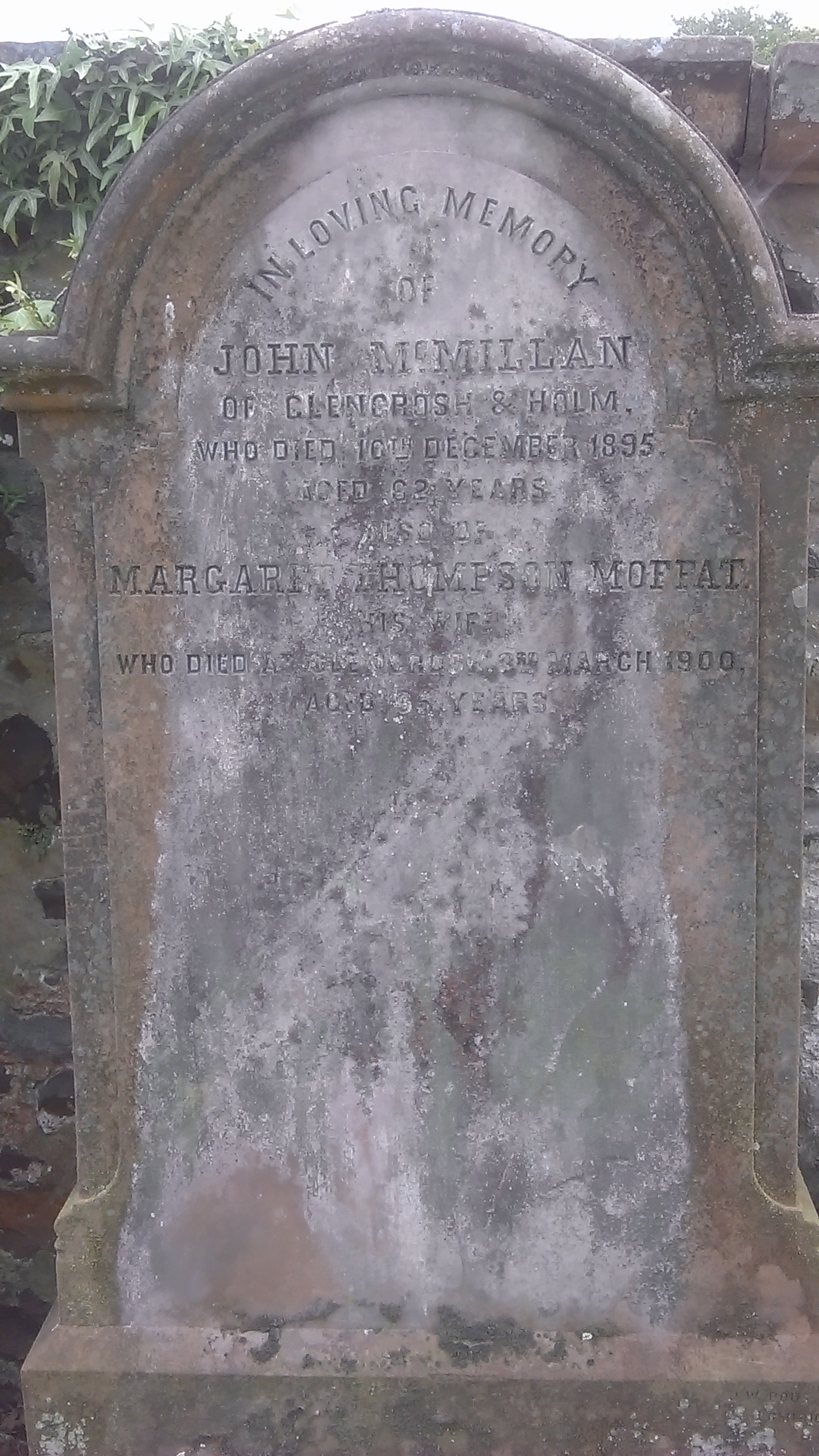