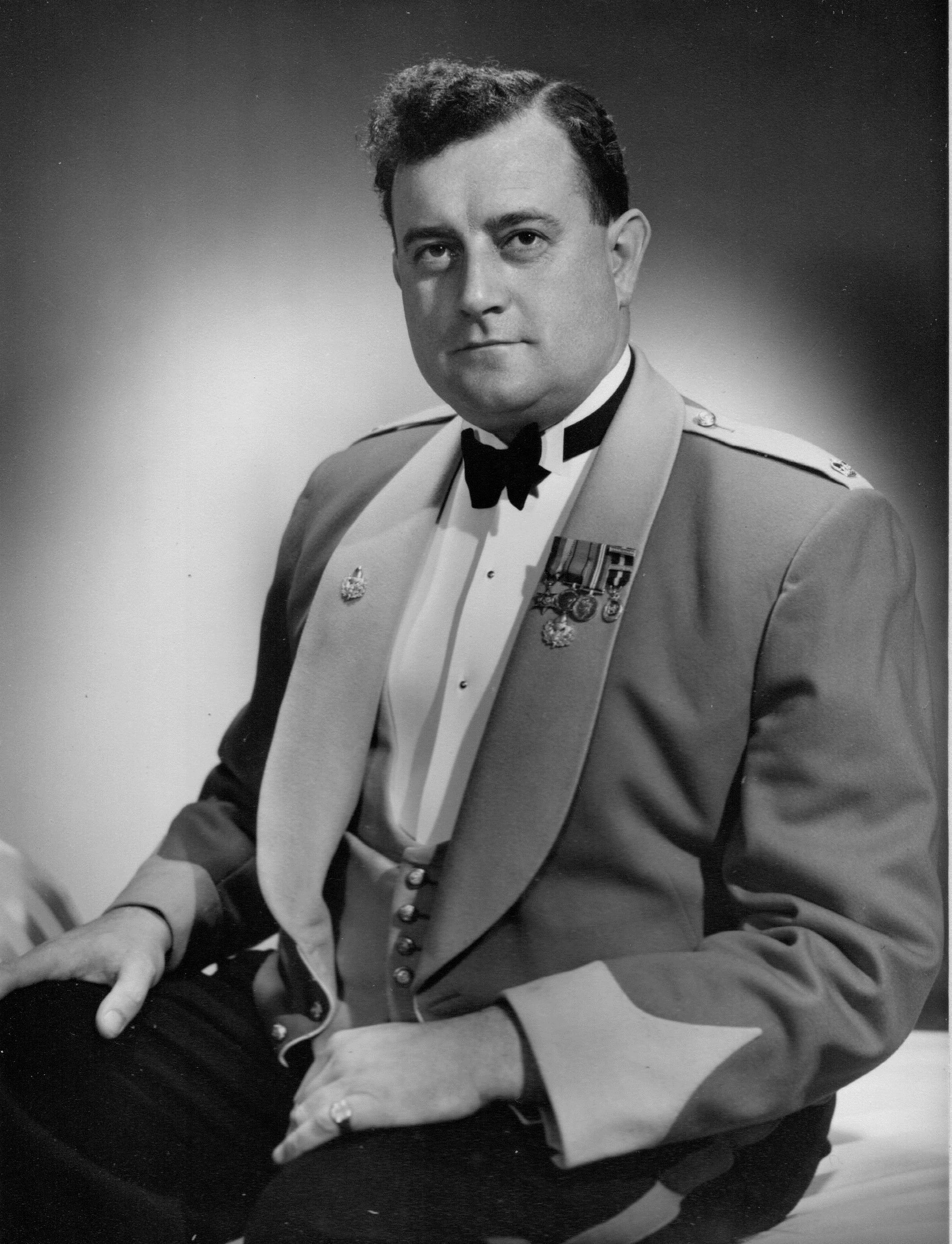 BA in Commerce from Manchester University.

Worked in Hamburg before the Second World War for family firm JB and Co which manufactured and printed cotton.

On the 3rd May 1939, he became a 2nd Lieutenant in the 7th Battalion Cheshire Regiment, which was a Territorial Machine Gun Battalion.

The following is an account of his WWII Service derived from the Battalion War diaries held at the National Archives in Kew (Ref: WO 167/726):


On 1st September 1939, 2/Lt A. O. Bridge was among the officers who reported for duty at Macclesfield.
On 2 Sep 1939, 'A Coy.' reported occupied Civil Defence area at Congleton at embodiment strength.
On 3 Sep 1939 11.15, Notification from London Broadcasting Station that a state of war existed with Germany as from 1100.

The battalion was one of the first Territorial battalions to go overseas as part of the British Expeditionary Force (BEF), and the battalion was responsible for guarding the French-Belgian frontier near Armentieres just south of Ypres between November 1939 and February 1940, during an exceptionally hard winter with heavy snow and 17 degrees of frost recorded.

His father Clement died on the 25th February 1940 aged 57, and Arthur was marked as being on compassionate leave on the weekly muster rolls of 3rd, 10th, and 17th March 1940, and was back by the 24th March until at least the 28th April.
He was then marked as on Leave in the UK on the 5th and on the 12th May but was due back but had 'been separated from unit due to general advance' to Brussels from the French border after the request for help from Belgium after the German invasion on the 10th May 1940.
The Battalion served as traffic and refugee control around the Brussels area with Second Lieutenant Denis Barrett killed at No 2 Control Post at Bourgoynes during a raid when the post was bombed and machine gunned from the air on the 11th May, and Private James Walsh of C Company killed when hit by a bomb dropped near the main X-road just west of Ninove on the 12th May.

On the 20th May they were ordered to withdraw back to near their original positions at Perenchies near Armentiers, before acting as a rearguard battalion trying to hold up the German advance allowing the rest of the British Expeditionary force to regroup and withdraw to Dunkirk after the French had lost Cambrai on their right flank and the Belgians had surrendered on their left flank.

On 22nd May, 'A' Company's specifc task was to hold the Divisional reserve line. All morning was taken up by recce and occupation with digging hard in afternoon, and camouflage material obtained from farms, establishing 'a very strong position with a good field of fire for each section'.
All sections continued digging during night, and in most cases, each section was fully dug in by dawn.

On the 23rd May in the evening, they received orders to move to Bouvines and to establish positions in pill boxes which were found by dawn on the 24th although many did not actually exist.

On the 25th May, they remained at Bouvines where they were heavily shelled.

On the 26th May, they were ordered to Withdraw. 'All men very tired. Area being heavily shelled. Destroyed Company docs and disposed of all Company baggage'.
2nd/Lieut A.O. Bridge was put in charge of 5 Platoon on railway covering withdrawal of the forward sections.

On the 27th in the evening, they left Bouvines and at 0400 on the 28th they arrived at Lomme with the roads heavily congested. 5 Platoon was ordered to cover a counter attack on an enemy armoured car which had opened mortar fire down the column.

On the 28th in the evening, 'A' Company were ordered to leave Bizet and to go through Neuve Eglise, Poperinghe, Proven and to take up a position on either side of the bridge over the Yser at Rousebrugge on the main road to Dunkirk. The road was difficult, badly shelled in places, very congested and the night was dark. Poperinghe was burning.

On the 29th at 0800, they arrived at the bridge at Rousebrugge with men now thoroughly mixed up and many asleep on troop carriers.
They were ordered to put out one Platoon on either side covering the bridge over the Yser.
2/Lieut Hartley was ordered to take left position with one Machine Gun and one Anti/Tank rifle.
At 0930, 2/Lieut Bridge was ordered to collect tools from abandoned trucks and to take 4 men to dig the right section area. He went off with one L.M.G. and one Anti/Tank rifle. (Only 4 guns remained with 'A' Coy).
All spare personnel were sent back with Colour Sergeant.
At 1200, the last of the British troops appeared to be going through.
The village was heavily shelled.
The two Machine Gun sections were told to expect to hold out until 2200 hrs and were now under command of East Lancs and that the rear Coy Cmdr would tell them when they could move.
At 1700 2/Lieut Hartley reported at H.Q.
At 1915 2/Lieut Bridge reported.
At 2000, Left ROUSEBRUGGE for Bde H.Q. Abandoned truck soon after. Arrived 'A' Coy 2 Cheshires. Rested for night.

On 30th May at 0700 Left 'A' Coy 2 Cheshires at LESMOEURES.
At 1600 Arrived beach east of DUNKIRK. Reported to 1 Div and ordered to embark with 2 Cheshires.
At 2000 Sgt Stockton and Pte Allen embarked with a few other men of 7 Cheshires. Major Durtnell and C.S.M. Wagner were detailed for special duty.
At 0100 Major Durtnell and C.S.M. Wagner embarked. This was the last of 'A' Coy. Signed: C.S. Durtnell, Major.


The battalion received the following letter:
The Commander 2nd Corps has asked me to convey his warm congratulations and thanks to the 5th Division and to other troops who fought so gallantly in co-operation with the 5th Division on May 27th and 28th.
It is his opinion that it was entirely due to our action that the whole Corps was able to effect a withdrawal and that unless we had held the YPRES - COMINES Canal so successfully the safety of the whole B.E.F. might have been put in serious danger.
I am confident that this fact will be confirmed by History.
It is a matter of great satisfaction to all of us that we were able to carry out such a vitally important task with complete success.
It was not done without heavy loss. This must be so always when troops are asked to hold wide frontages to the last.
It is sad to see such fine Units reduced by casualties to their present small number but it would be much worse if they had not achieved a vital task and inflicted far heavier losses on the enemy.
I am indeed proud to have under my Command such a splendid body of Troops and to all Commanders and troops I offer my sincere congratulations and thanks.
Signed H.E. Franklyn
Major-General
Commander 5th Division.
Field:
29th May, 1940

After the war worked for family firm JB and Co and then founded own hotel together with wife Gywneth at Tremadog, Portmadog. 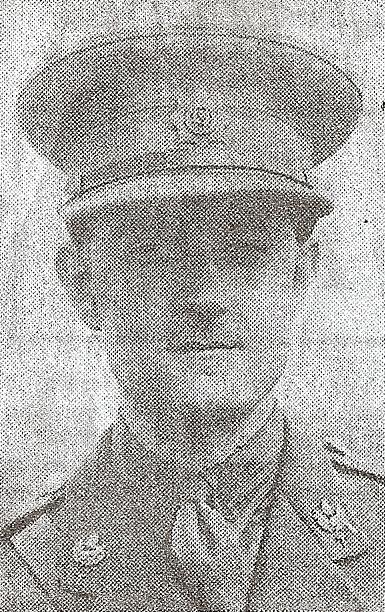