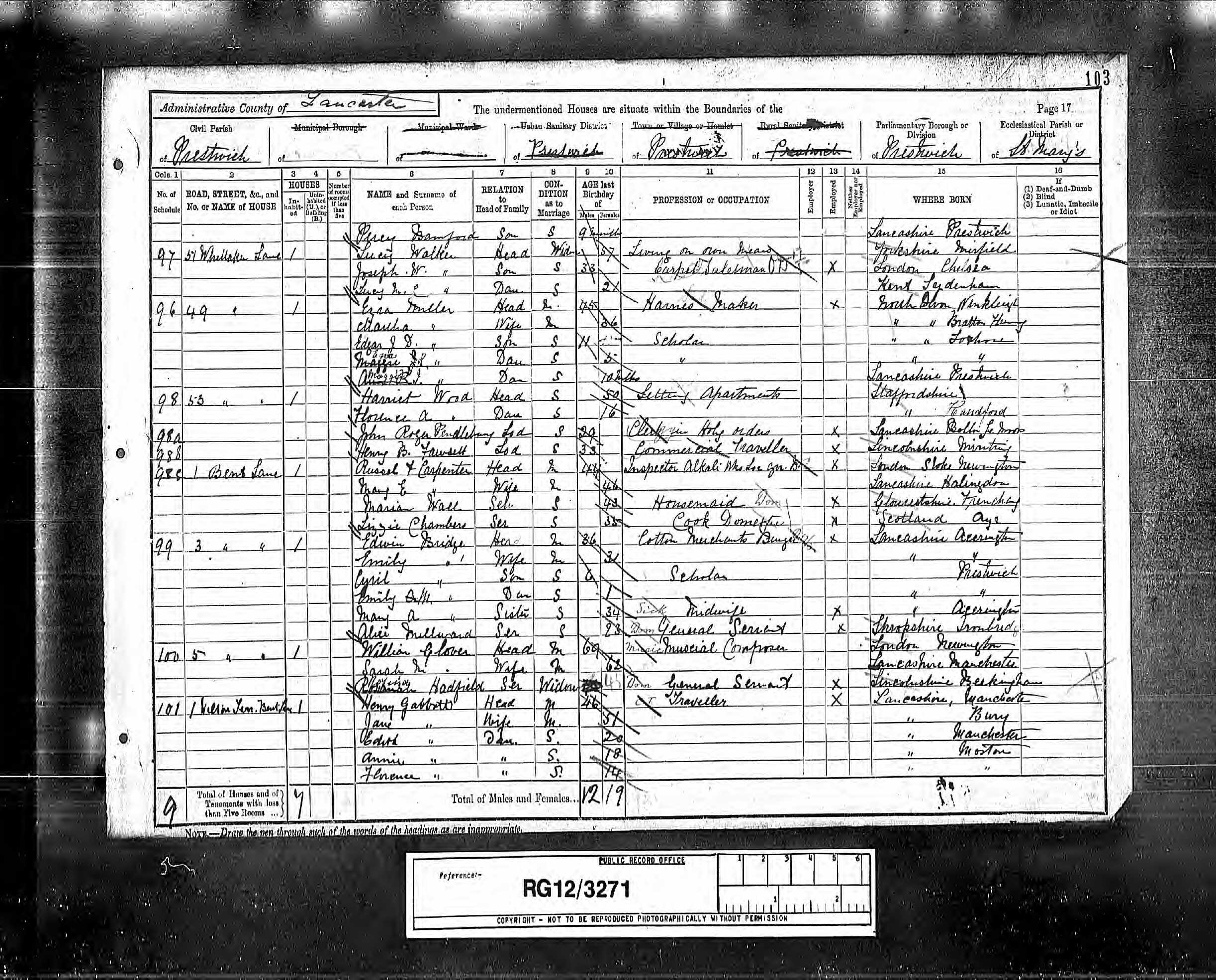 He did not serve abroad and was transferred on 8th October 1915 to the Manchester Garrison Battalion (Regimental Number 30880) due to a nervous breakdown and was discharged from the army on the 25th Feb 1916 as 'no longer physically fit' for military service due to a 'general nervous debility' which had its 'origin since childhood and not the result & not aggravated by military service'.
'During first 8 months in training appeared in general health.
5 months ago commenced to become very nervous & sleepless with loss of appetite.
Never been in hosp[ital].'

His character was described on dischage as 'very good'.


Letter from Cyril Bridge to his former Battalion to enquire if he is eligible for a 'service rendered' badge:

Dear Sir,
I am writing to ask whether I am
entitled to receive the badge issued by the
War Office 'For Service Rendered'. I enlisted on
Nov 9th 1914 & after training with the battalion
at Liverpool, Grantham & Salisbury Plain, was
transferred to the 1st Manchester Garrison Battalion owing
to a bad nervous breakdown on account of which I was
eventually discharged. First previous to my discharge
on the Feb 26th 1916. I was transferred to the 2nd
Garrison Battalion of the Manchester Regiment
which was then stationed at Chadderton Camp, near
Oldham, & received my discharge from there.
I was under the impression that badges were only to be given
to men wounded on active service, but I have since found men
wearing them who have broken down in this country, & in some
cases after less training than myself. Hoping you will
consider this.
Yours faithully,
C Bridge

He received a military pension of £25 a week.


In the 1939 register, he was living at 37 Lulworth Road, Southport, Lancashire. His occupation was a 'Shipping merchant retired'; he was living with his wife Beatrice A L Bridge (DOB 26 Jun 1884 - unpaid domestic duties) and Dora Cooper (Hesketh - DOB 04 Jul 1908 - domestic servant). He was listed as a 'volunteer owner driver'. 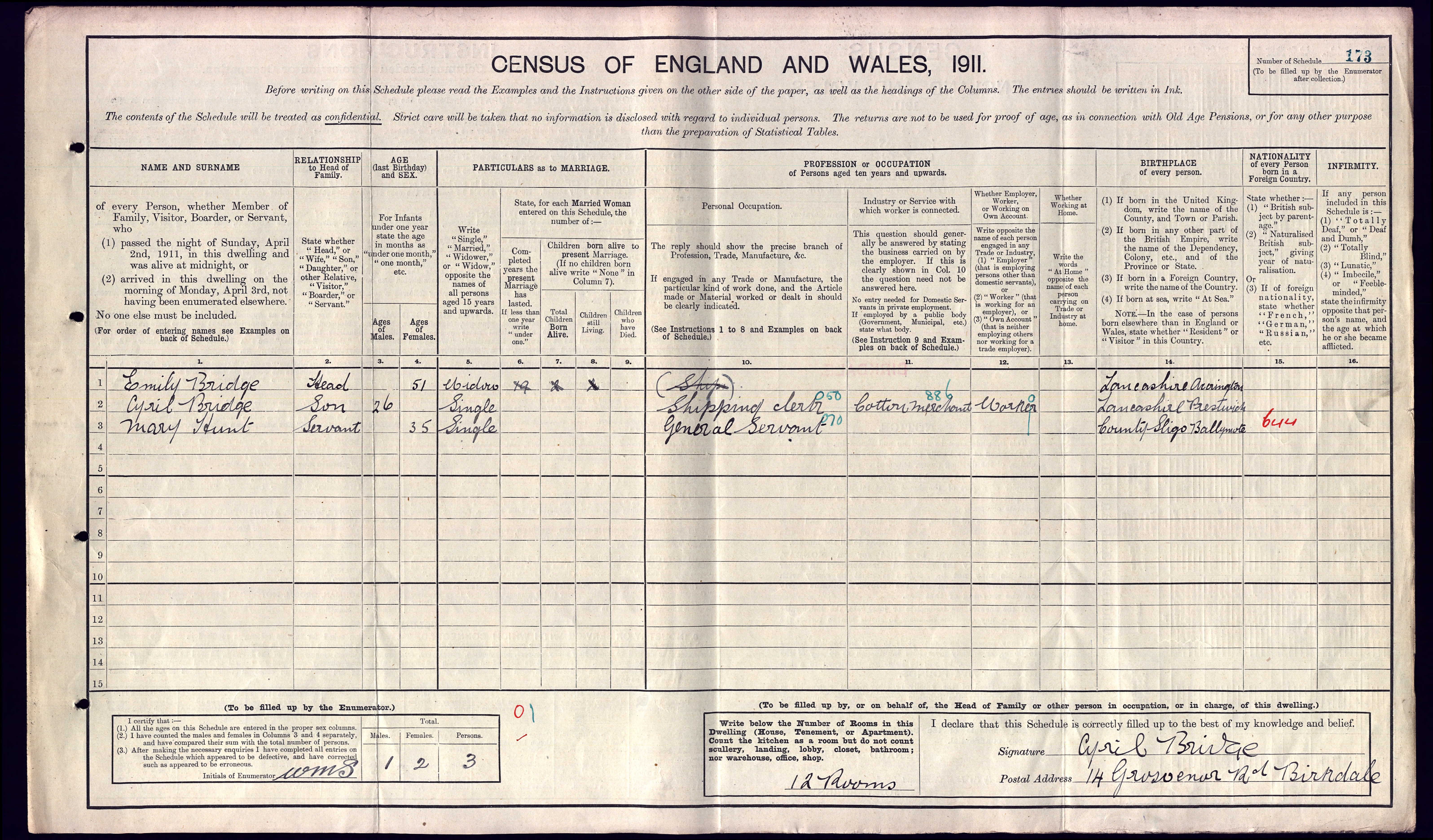 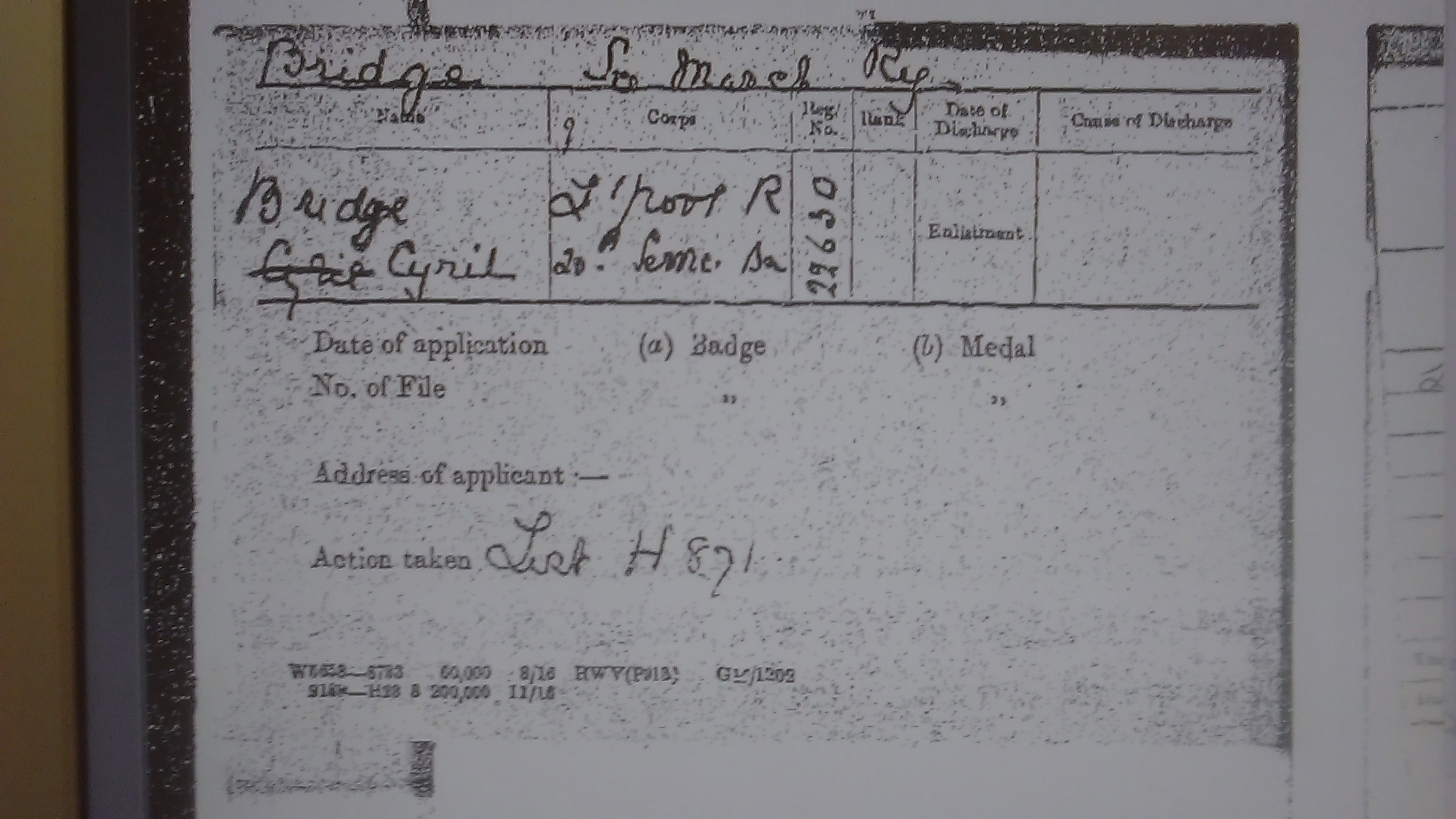 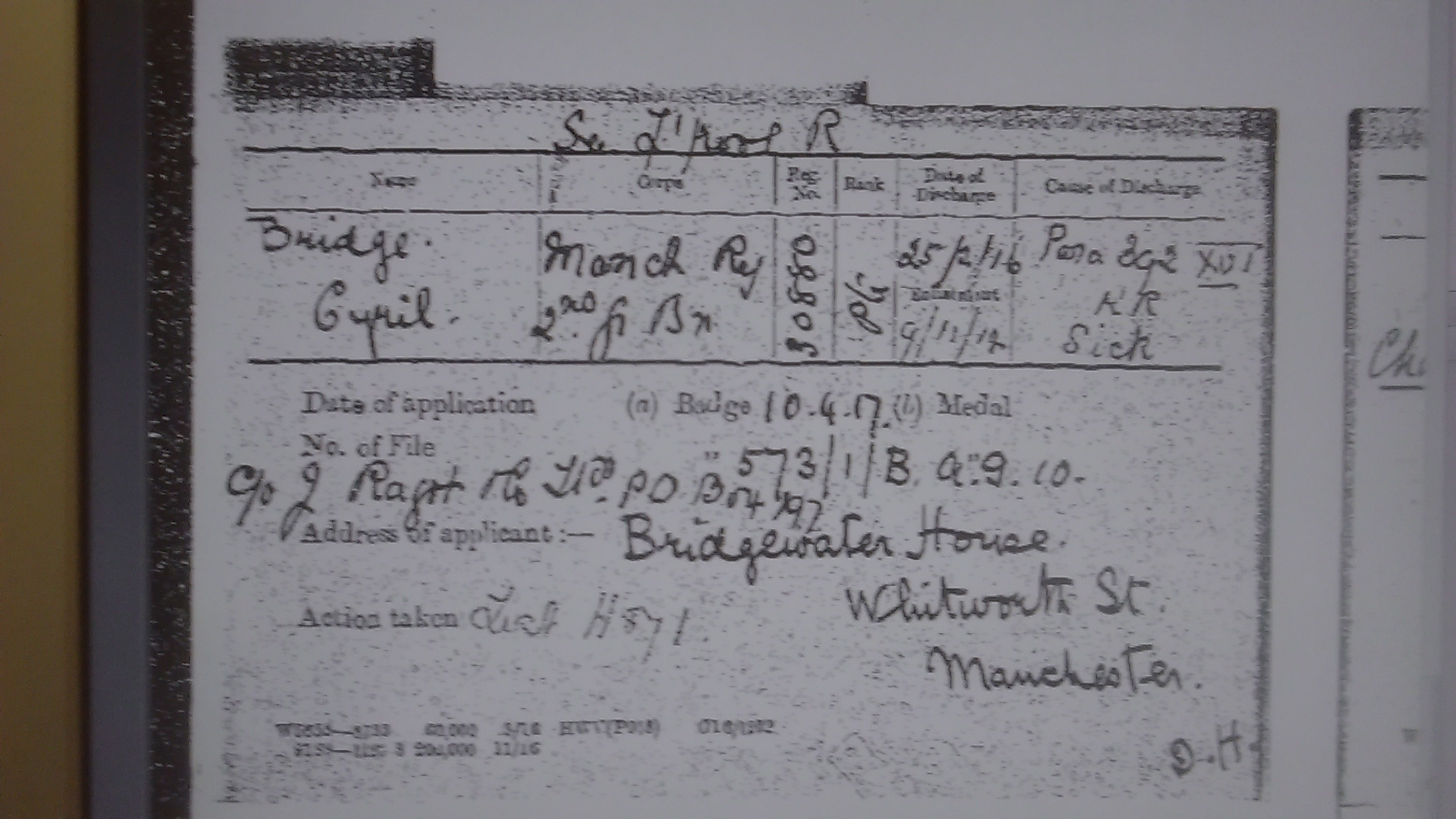