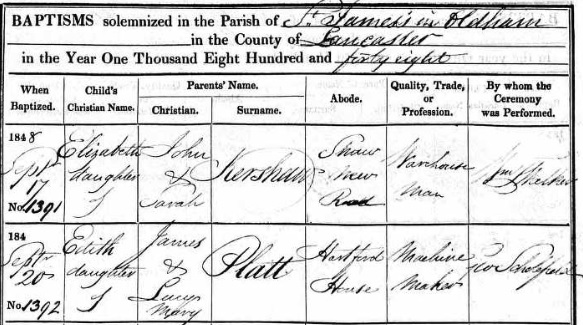 In 1861 aged she was at school in Brighton with her cousin Lucy Platt the daughter of John Platt.

On her 21st birthday on July 31st 1869, William Hall MRCS wrote in his notebook that he and his and wife Louisa nee Platt (her Aunt) attended a picnic for her at Bryn-y-neudd the home of John Platt MP (her Uncle).

In 1871 she was living in St Leonard, Sussex with her husband and 2 year old daughter.

Following taked from a history of Leckhampton Church, Cheltenham:
A Cotton King and Queen
John Hargreaves (1842-1900) was the tenant of Leckhampton Court from about
1872 and was able to buy it in 1894 when the estate was put up for sale. He and his
wife, née Edith Platt (1849-1882), took an active part in the social life of Cheltenham
and the county. They were prominent at the hunt balls, and senior military men and
aristocrats were among their guests at the Court (and, so it is reported, the future King
Edward VII when Prince of Wales). John Hargreaves was an officer in the
Gloucestershire Yeomanry and a member of Cheltenham’s New Club. More
significantly, each came from an important Lancashire family. The Hargreaves had
made their money chiefly as carriers for the cotton trade, but Platt Brothers (Edith’s
father and uncle) employed 7000 people in Oldham and were the largest
manufacturers in the world of cotton spinning and weaving equipment, which they
exported throughout Europe. They were generous benefactors to their local
communities, not only in Oldham but also at Llanfairfechan, where they built a
country mansion, the railway station that served it and a church.


Gravestone description at St Peter's church, Leckworth:
G.117 Double plot; white marble horizontal cross on tall ridged and hipped ledger stone on large
plinth and base stone; kerb surround formerly with railings. Stone very black, metal text
on plinth.
West: IN / LOVING MEMORY OF
South: EDITH WIFE OF JOHN HARGREAVES ESQRE OF LECKHAMPTON
COURT, / AND DAUGHTER OF JAMES PLATT ESQRE OF OLDHAM, / DIED
MARCH 23RD 1882, AGED 33. / "HENCEFORTH THERE IS LAID UP FOR ME A
CROWN OF RIGHTEOUSNESS, WHICH THE / LORD, THE RIGHTEOUS JUDGE,
SHALL GIVE ME AT THAT DAY" II.TIM.IV.8.
North: JOHN HARGREAVES, OF LECKHAMPTON, / DIED APRIL 13TH 1900,
AGED 58. / "TO BE WITH CHRIST, WHICH IS FAR BETTER." PHIL.1.23. 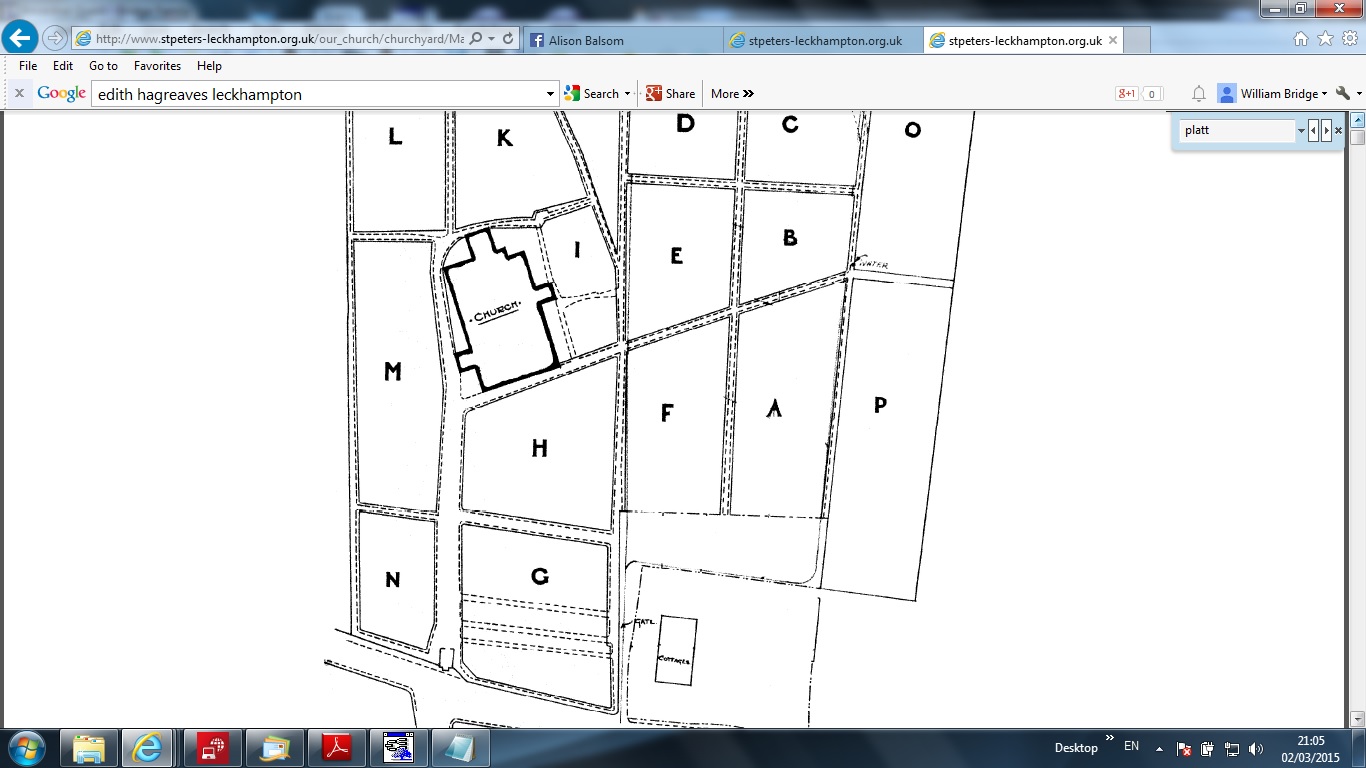