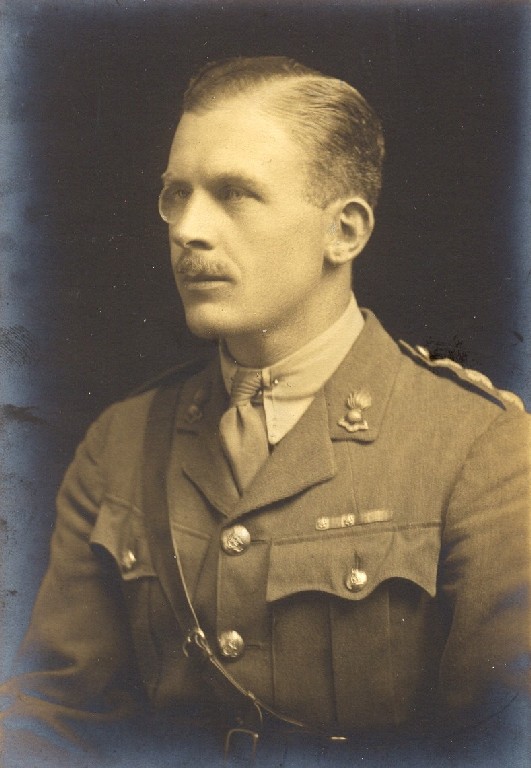 For conspicuous gallantry, coolness and skill under heavy fire east of Epehy on September 19th, 1918. Observing that our infantry were held up in their attack on Ockenden Trench, he found the O.C. of the battalions taking part in the attack, and in consultation with them so directed the fire of his battery, which he observed from the most forward position possible, that the infantry were able to gain their objective with but small loss to themselves.

For conspicuous gallantry and devotion to duty during an enemy attack. Having got his guns away, he gathered a few infantry and took up a position on the flank of another battery to defend its flank until the teams could arrive; he handled his small party with great skill, causing many casualties among the enemy. On learning that they were cut off from behind, he held the enemy off until the guns w.ere disabled, and retired with the infantry until they fought their way back. Later, when encountering a .party of the enemy, he personally took one of them prisoner. (M.C. gazetted 1st January, 1918.)