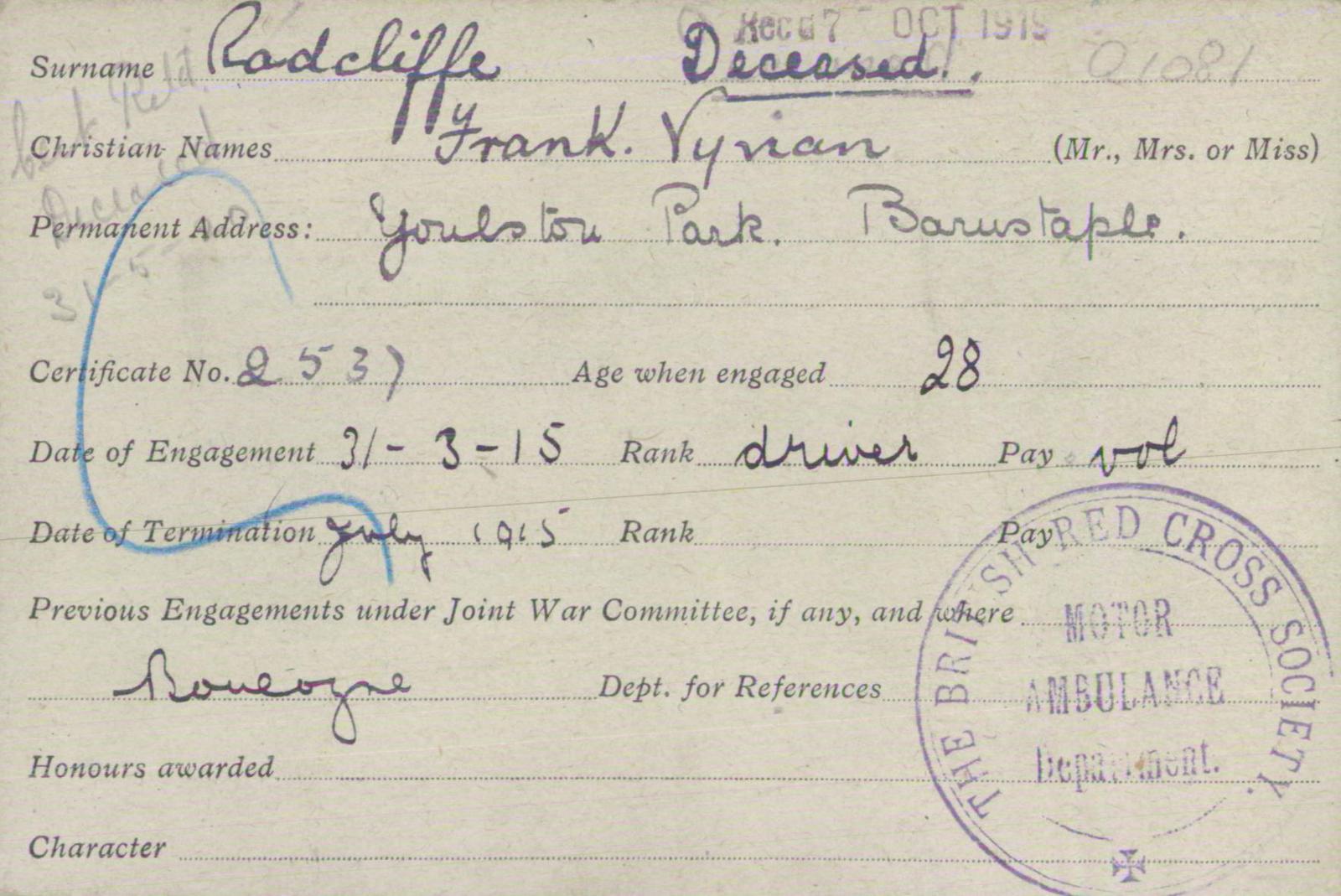 He was an early motorcyclist registering a 2hp De Dion motor tricycle on 23rd June 1906 whilst living in Priory Cottage, Corhsam, Wiltshire.

In WW1 he was a driver for the British Red Cross Society and Order of St John who went out to France on 1st April 1915 and then transferred to the French Red Cross, possibly in September 1915.

At his death he was living at Four Acres Hatch Beauchamp Somerset.

There is a memorial to him along with his brother Major Samuel Roberts Radcliffe DSO at St Peter Churchyard, Shirwell, Devon which was the local parish church of his cousin John Rookhurst Platt of Youlston Park who was also killed in WW1.