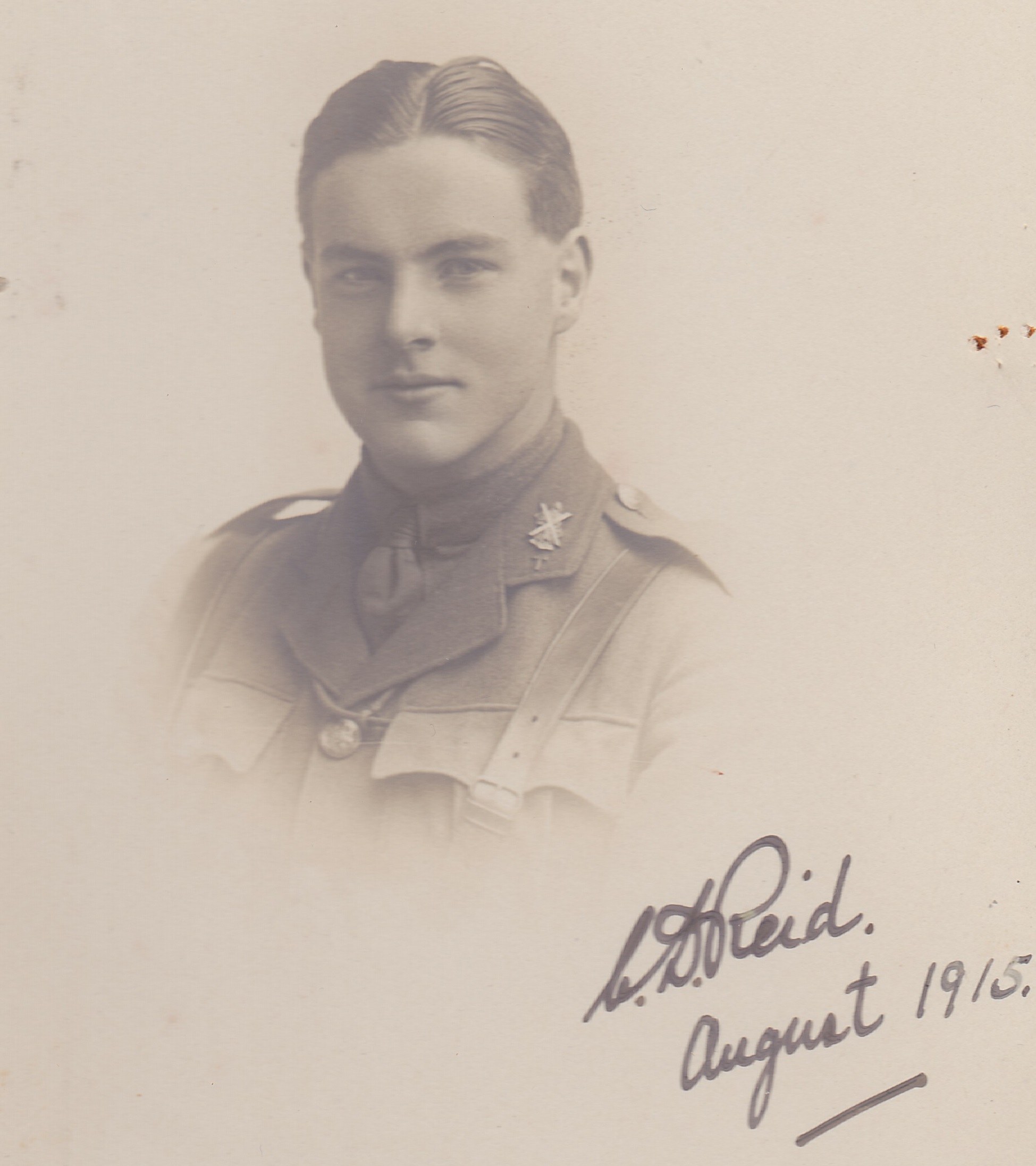 On the 25th May 1916, a week before his 19th birthday, he landed in France as a Second Lieutenant in the Glasgow Highlanders (9th Battalion Highland Light Infantry).

He was killed in action less than two months later in the Battle of the Somme on the 15th July 1916 during an attack on High Wood.

His Battalion were highly praised for their raid on enemey trenches on the 27th June.
Below is a letter from Glasgow City Chambers to Lieut Colonel Stormont Darling, Officer Commanding 9th HLI (Glasgow Highlanders).
3rd July 1916
Dear Colonel Stormonth Darling,
Sir Douglas Haig has sent me a most charming letter telling me of the brilliant work done by your battalion during the night of June 27th when you brought back 46 prisoners and two machine guns besides destroying some mine shafts during your tour of the enemy trenches. Will you allow me, not only on my own behalf but on behalf of the Citizens of Glasgow, to congratulate you and your battalion most heartily on this notable feat, which is quite in keeping with the traditions of the Glasgow Highlanders and other troops from this city. We always knew that when the opportunity occurred they would discharge with efficiency any task entrusted to them. We are proud of the Glasgow Highlanders and of what they have done and feel sure that in the future they will display the same gallantry and courage as in the past.
With Kind Regards and best wishes,
Yours very truly,
Norman Dunlop.

Two weeks later they were to take part in the Battle of the Somme with the attack on High Wood.

July 14th. From 3am Battalion stood ready to move. Moved up to Fricourt at 11am remaining till about 5pm when orders were received that the Battn would move towards High Wood to take up a line from N.W. corner of wood westwards along the road to Bazentin-Le-Petit joining in to the 1/Queens who were to prolong to our left as far as X roads N.E. of Bazentine.
The 7th Div had shortly before attacked High Wood & we were informed by O.C. 2/Queens that they had captured it & held it.
Nos 1 & 2 Comps deployed at S.E. end of wood moving up western edge to take up allotted line. The line was fired at from N.W. corner of wood by machine guns and rifles & it was found impossible to take up the line of the road. Trenches were therefore dug about 150 yards south of road. During night things in wood became muddled & there were a great many men (7th Div) - the wood. To prevent our left being completely enfiladed from the wood No 3 Coy sent 3 platoons to get astride the wood. This they did. During night the Battn had a lot of casualties among officers & men.

July 15th. At 5am Orders were received that the Btn was to attack the Switch Trench in front of Martinpuich. The Queens & Glasgow Highlanders were to carry out the attack. The Worcesters & 15/KRR (Kings Royal Rifle Corps) to be in support.
Our right was to start from the N.W. corner of High Wood (which we did not hold). The preliminary bombardment was to begin at 8.30am & the attack at 9am.
A message was sent to the Bgde that it was impossible to attack unless High Wood was first cleared. About 7.30am a message came from Bgde HQ that it had been requested that 7th Div should be asked to clear wood & asking if we had heard of any 7th Div Batts were to do this. One of the C.O.s of a 7th Div Batt said it had been suggested he should attack High Wood but it was too big a job for him.
About 7.30am a convoy of 16/KRR was sent up to be a support to the Batt. This convoy & 3 platoons of No 3 Coy were put into wood to try & clear the Right flank of the Batt when the attack began.
At 9am the Battn attacked & only got about 150 yards coming on very heavy fire from wood & from Switch trench N of wood & from a sunken road in front of Switch trench.
The 2/- were sent up in support but were also stopped.
The Battn suffered the following casualties: 5 officers killed, 15 wounded & 1 missing. O.R. 87 killed, 214 wounded, 99 missing (believed killed).

July 16th At 3am the 1/Cameronians came up & relieved the Battn which went back to the S.E. corner of Mametz Wood. 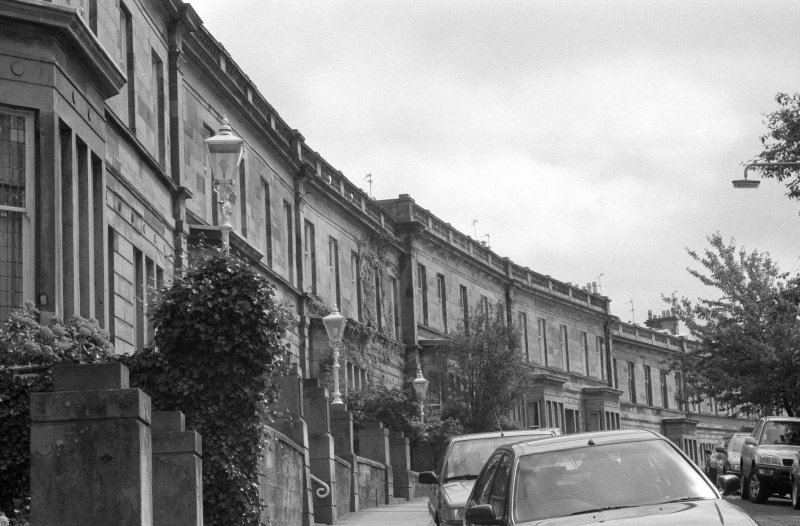 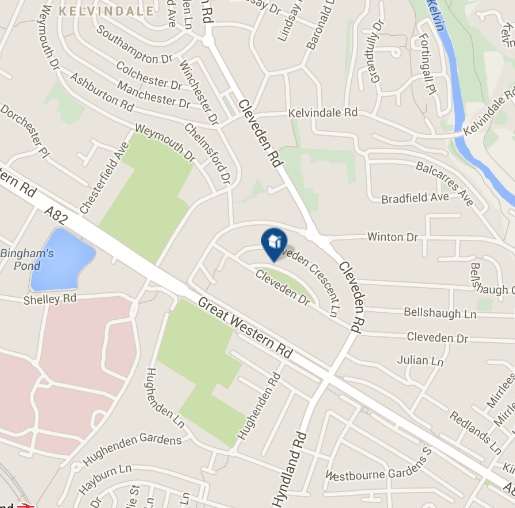 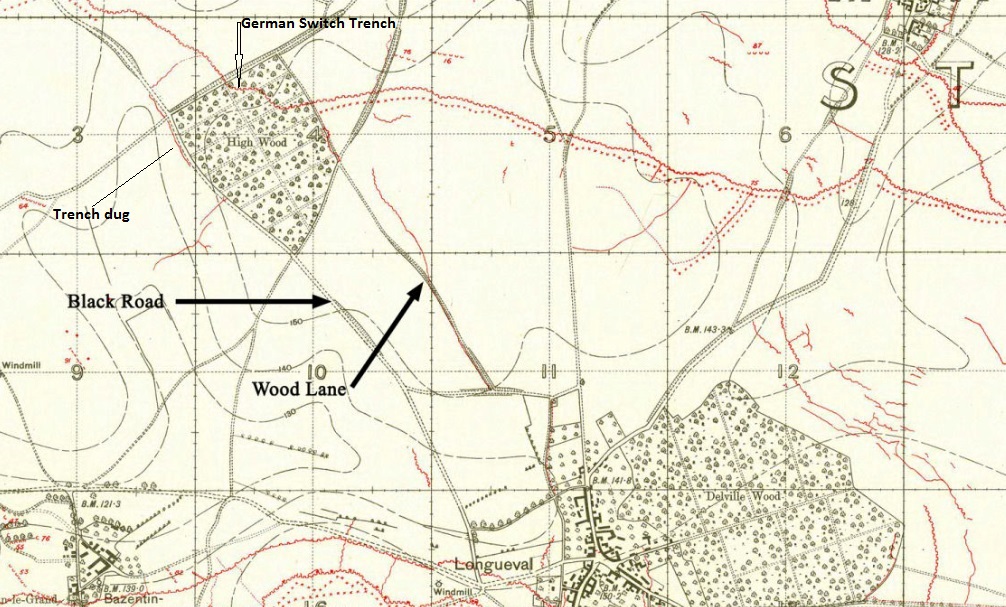 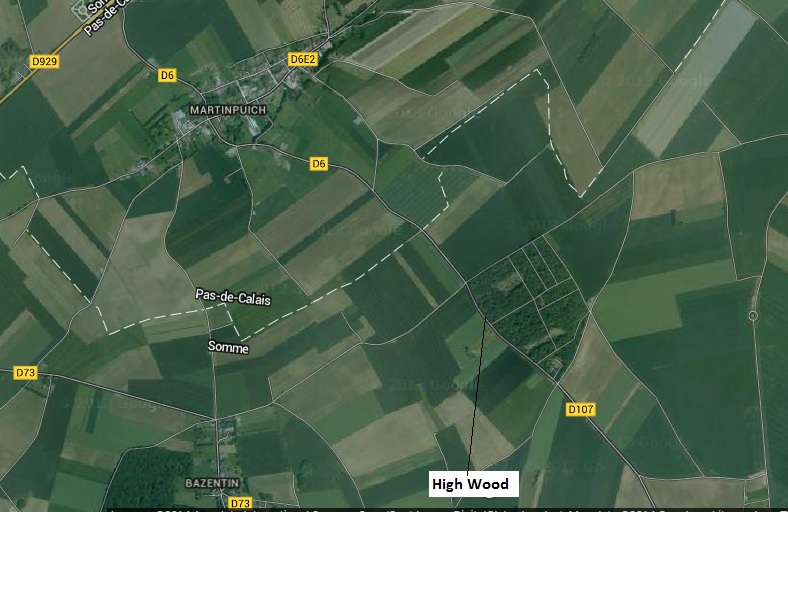 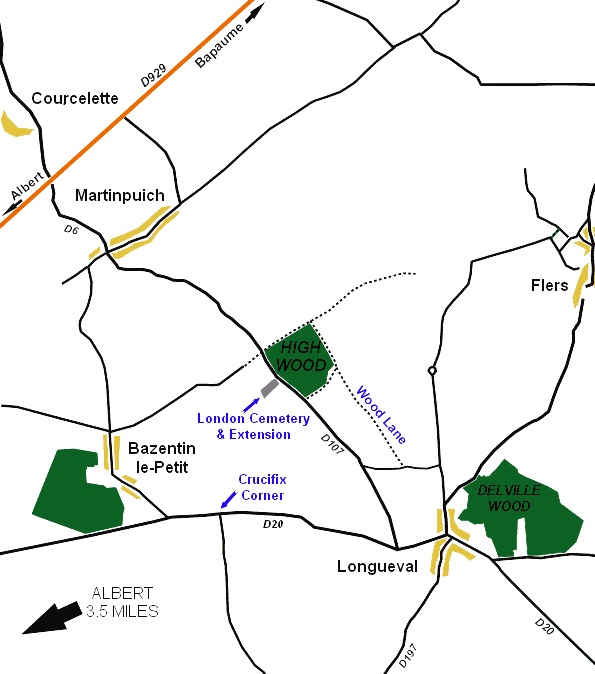 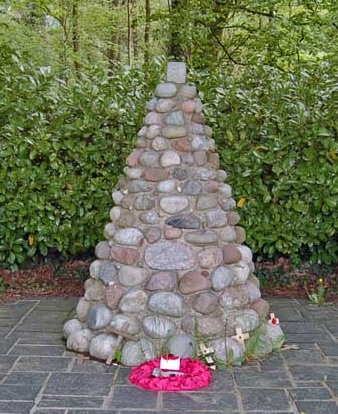 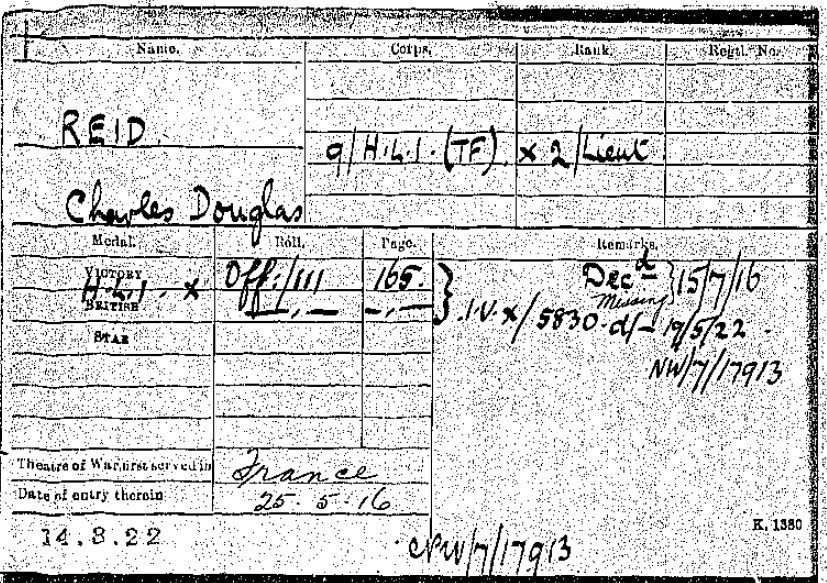 Accepted as dead after missing since 23rd July 1916 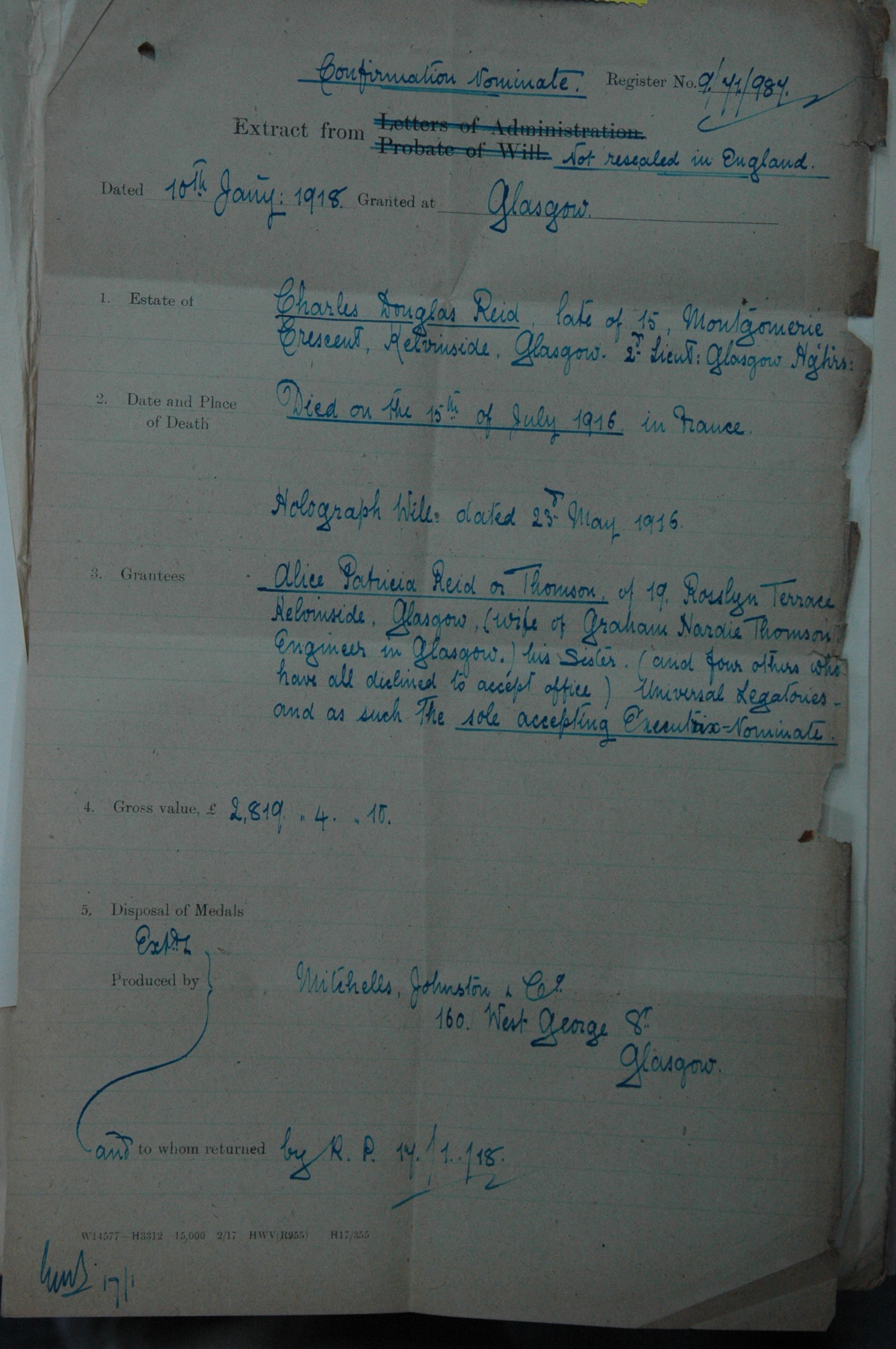 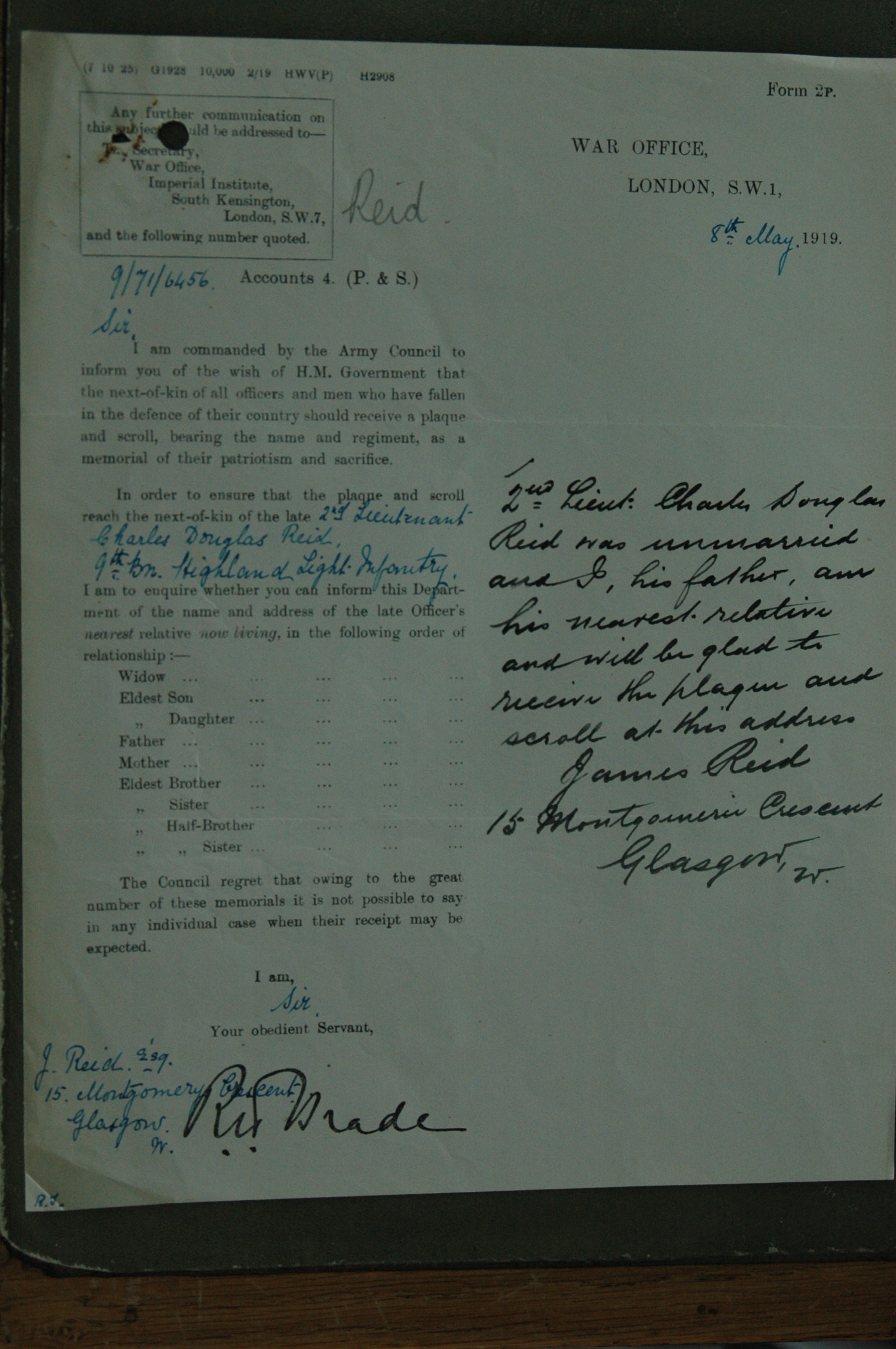 Plaque to be sent to father 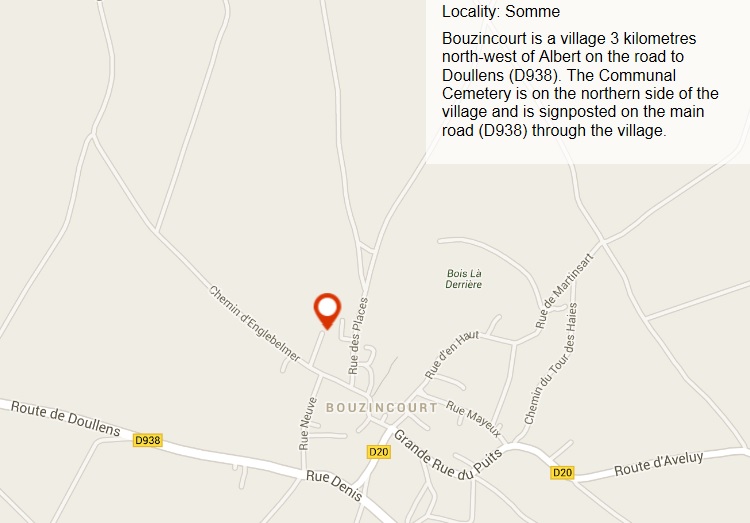 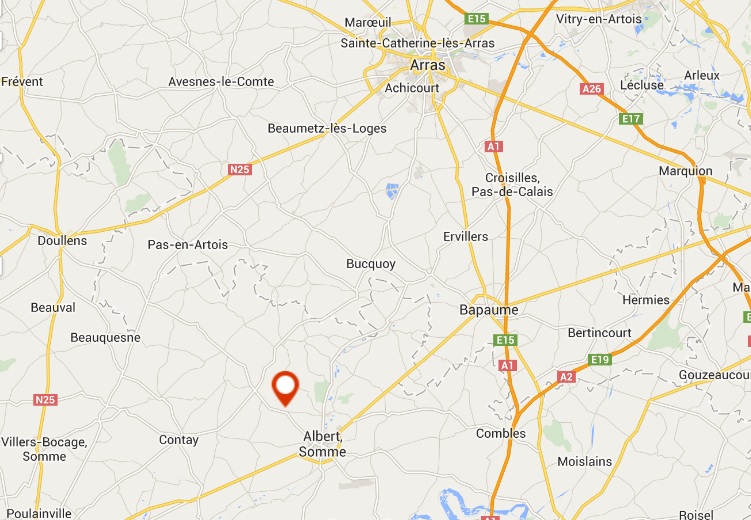 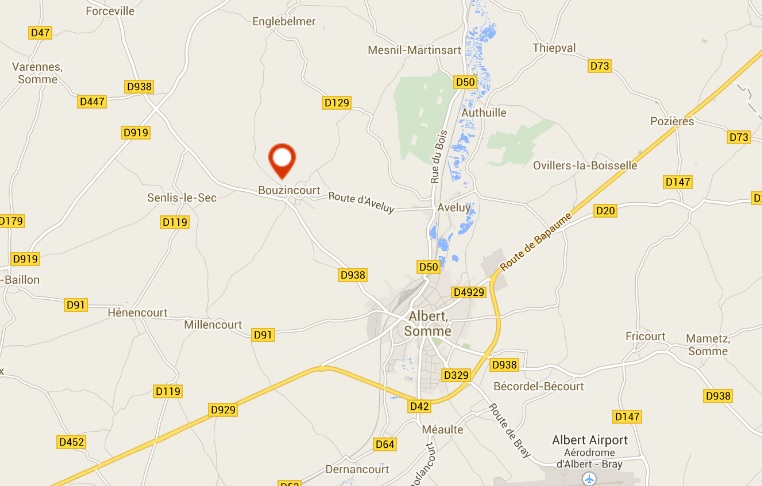