He and his family left England in 1856 to travel to the United States with the intention of settling in Utah at the invitation of Brigham Young, the president of the Latter Day Saints, with their trip funded by a loan to be repayable through work when they arrived in Utah.

They arrived in Boston, Massachusetts on 30 June 1856 on the ship Horizon.

They travelled by rail to Iowa City, and then joined the Edward Martin Company and departed with the company on 28 July 1856 for the 1100 mile journey by foot pulling handcarts to Salt Lake City. This was considered to be very late in the year and would prove to be so with disastrous consequences. The reason why handcarts were chosen as opposed to horses and oxen was to keep the cost down.

The company consisted of 576 people, 146 handcarts, 7 wagons, 6 mules, 50 cows and beef cattle. They travelled 300 miles to Florence, Nebraska, and left on 27 August after making repairs, then took 6 weeks to get to Fort Laramie in early October. Their daily ration was 1 pound of flour per adult. At Fort Laramie they exchanged watches and other valuables for food.

The company crossed the North Platte River, near present day Casper, Wyoming, on 19 October 1856, and a severe winter storm set in soon after the crossing. 56 people were lost and food rations were reduced to just four ounces of flour per person per day. Rescuers from Utah, at the instigation of Brigham Young, finally found the Martin group on 28 October 1856 and spent the next few days helping the company get to Devil's Gate, Natrona, Wyoming, where another winter storm and sub-zero temperatures stopped them again.

John Briggs died during the night of 2 November 1856 at Devil's Gate, Wyoming.

Alice Walsh, another member of the Martin Group recorded the following in a journal, "We arrived at Devil's Gate about the 1st of November [and] on account of the nightly fatalities of the male members of our company for 2 or 3 weeks previously, there were many widows in our camp and the women and children had to pitch and put up the tents, shoveling the snow away with tin plate[s], etc., making our beds on the ground and getting up in the morning with melted snow and [lye] on our clothing... My husband died and was buried at or near Devil's Gate and the ground was frozen so hard that the men had a difficult task in digging the grave deep enough in which to inter him and nine others that morning, and it is more than probably that several were only covered over with snow."

The Martin Company arrived in Salt Lake City on November 30; at least 145 members of the company had lost their lives. Many of the survivors had to have fingers, toes, or limbs amputated due to severe frostbite.

List of members of Edward Martin Company who attempted to make the trek:
https://history.churchofjesuschrist.org/overlandtravel/companies/192/edward-martin-company 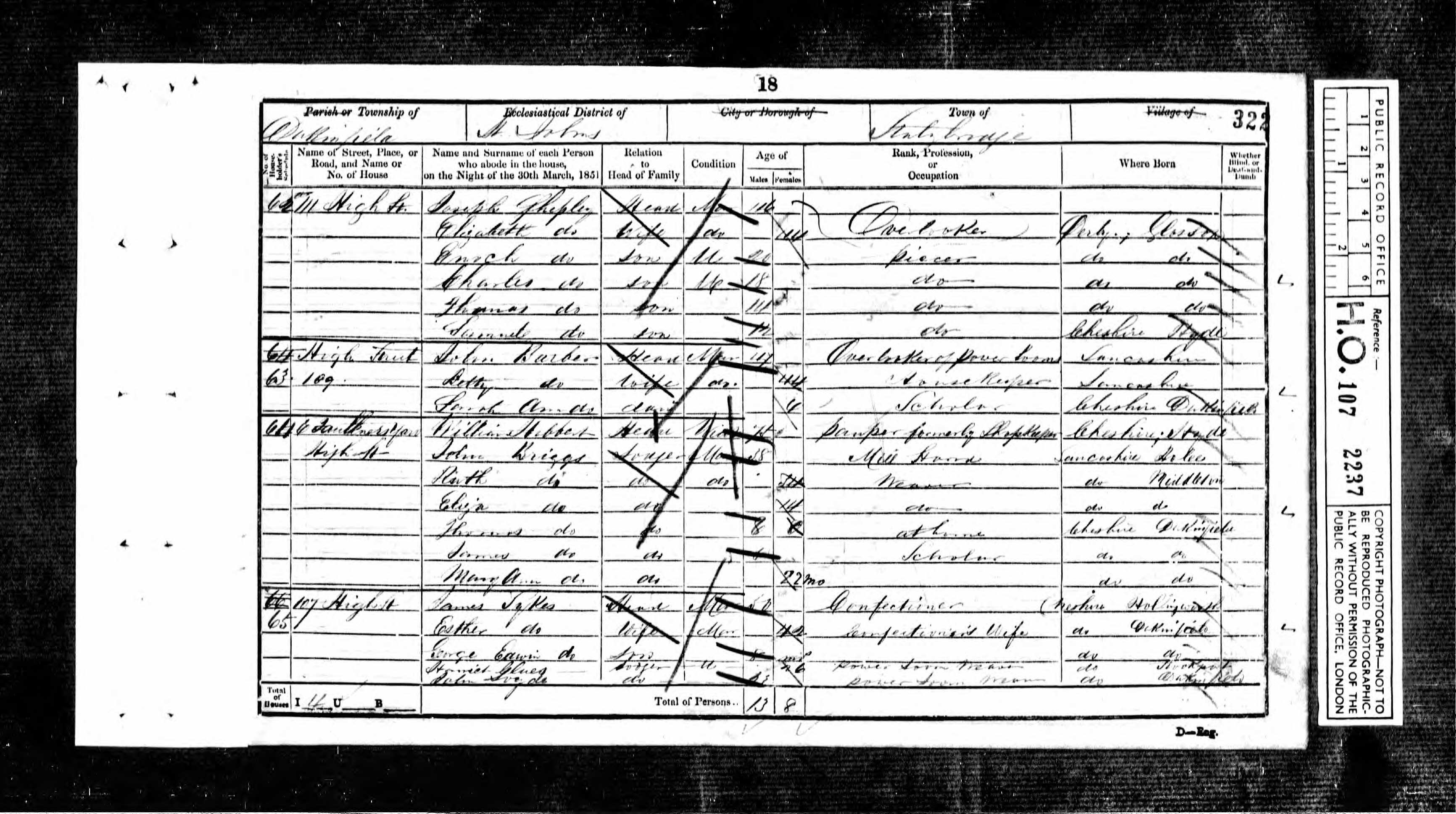 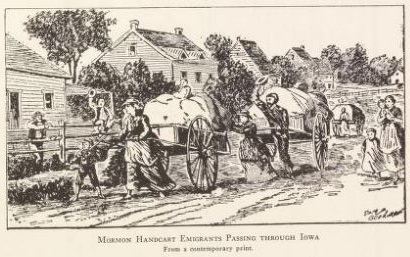 Mormon handcarts passing through Iowa - from a contemporary print 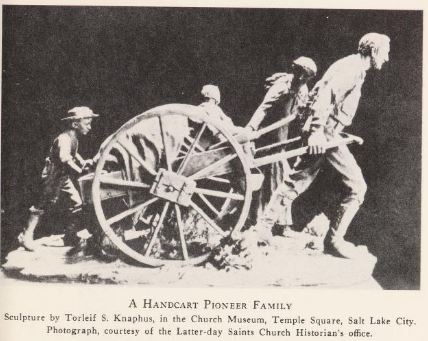 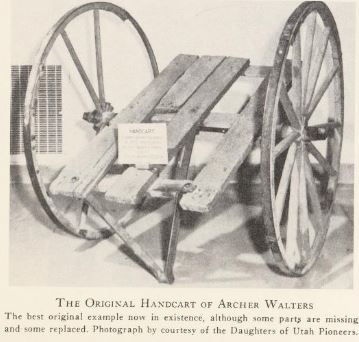 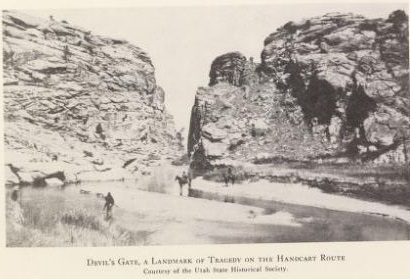