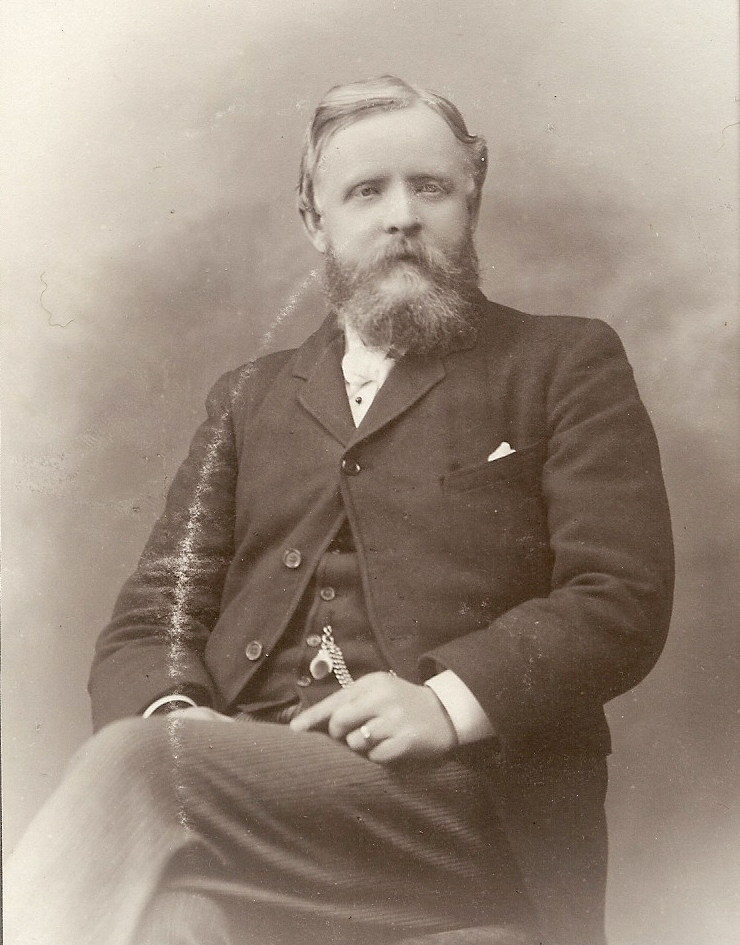 By 1891 Emma Ogden nee Knott was living in Highfield, Guest Road, Prestwich with James Ogden who was a Calico Printer.
They had a daughter Mary (5 yrs who was subsequently to marry Clement Bridge) and Dorothy who was born in 1893.
Dorothy Ogden married Cecil Franks who served in the Lancashire Fusiliers during the First World War and was awarded a medal for conspicuous gallantry in action. He subsequently became a vicar. They had no children.

The clock installed at Prestwich church is in memory of James Ogden by his wife and daughters.
There is also a plaque in the church which reads:
"To the Glory of God
And the Memory of
James Ogden
Of Highfield, Prestwich
Born August 3rd 1846
Died April 14th 1918
The Clock in This Tower
Was Given by his Wife and Daughters" 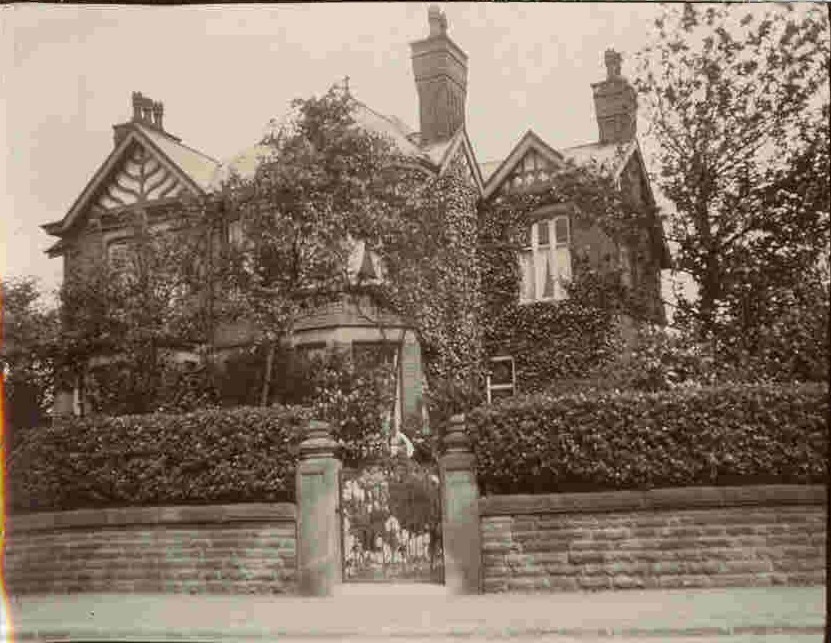 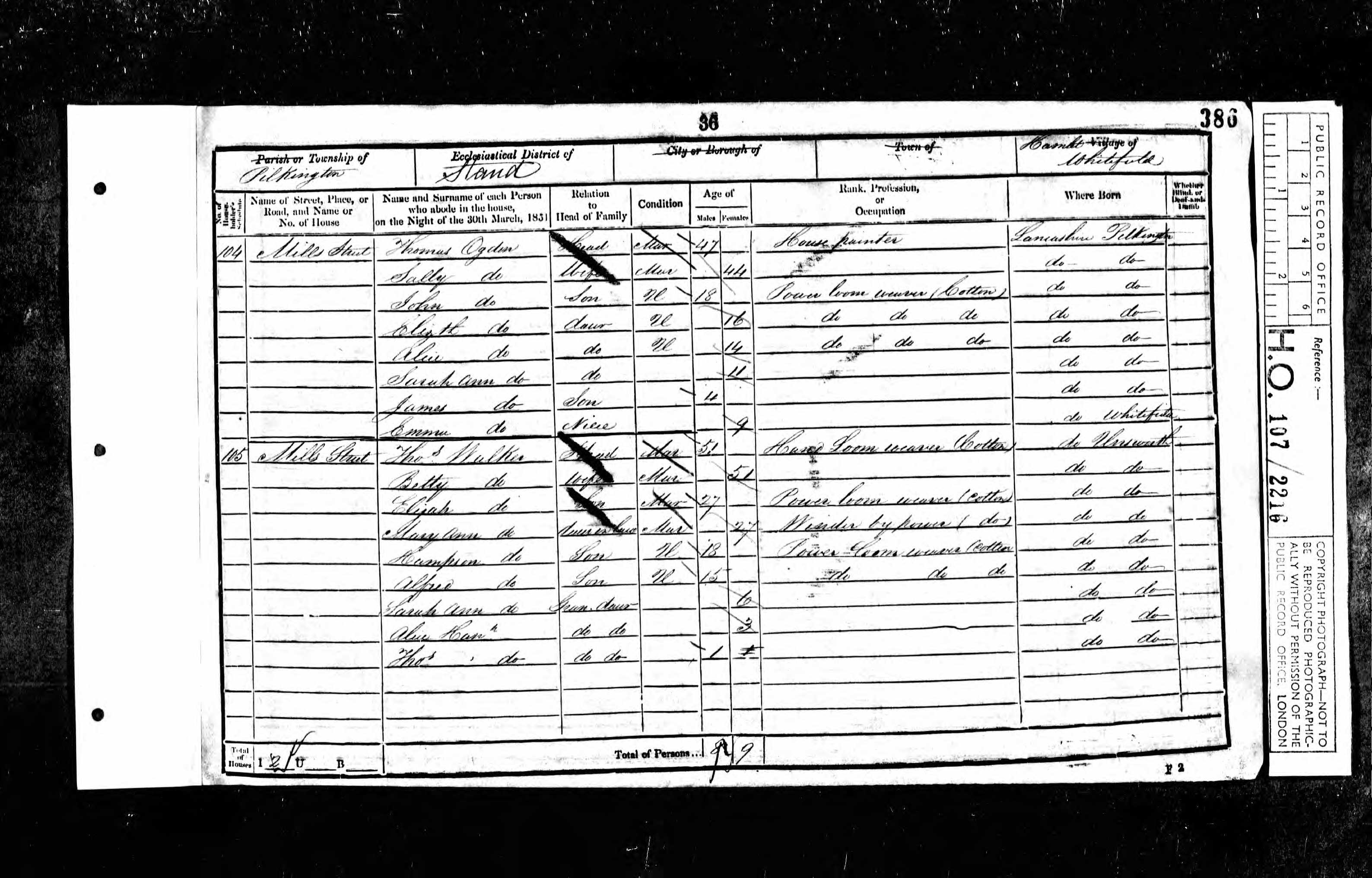 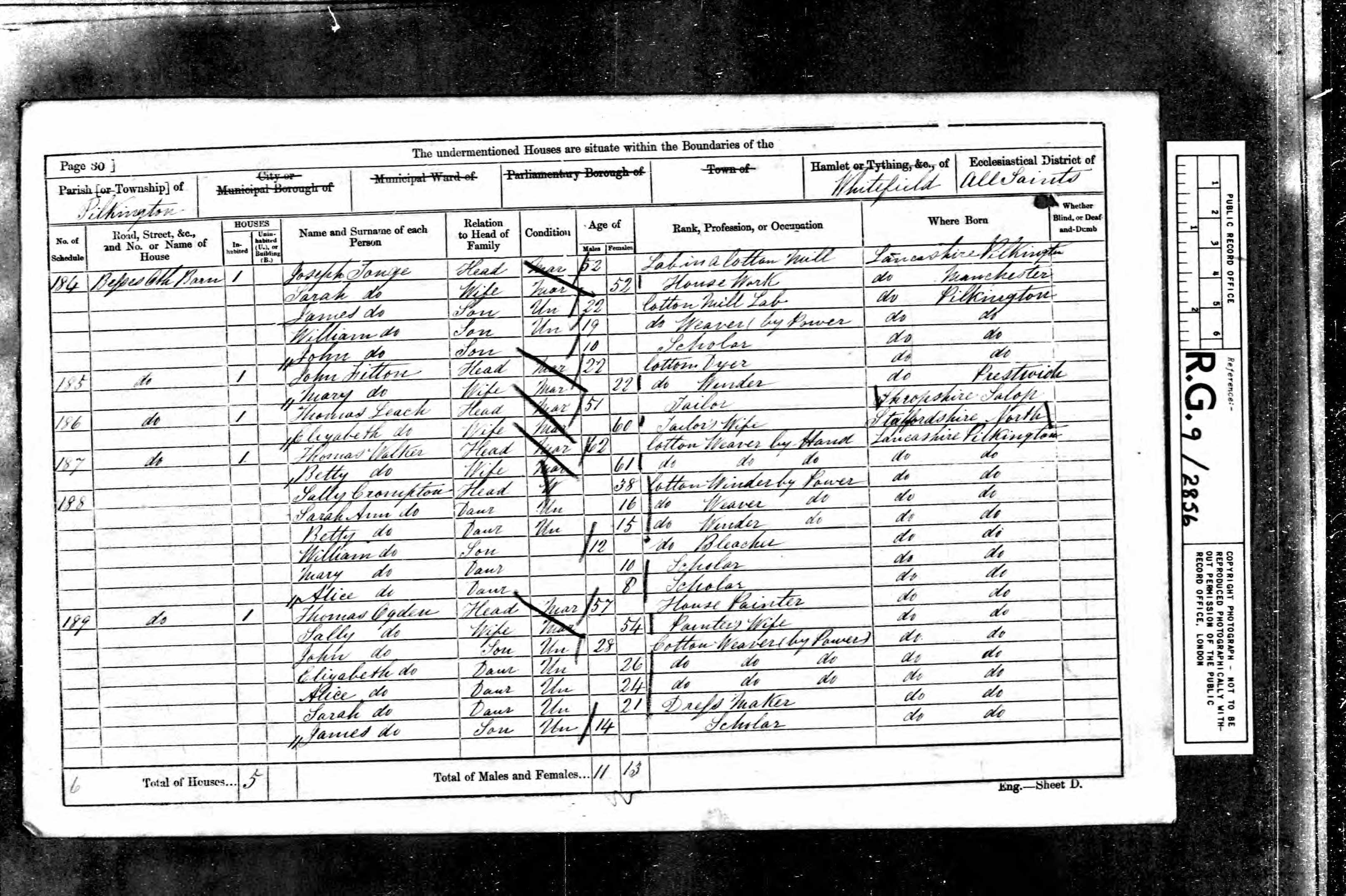 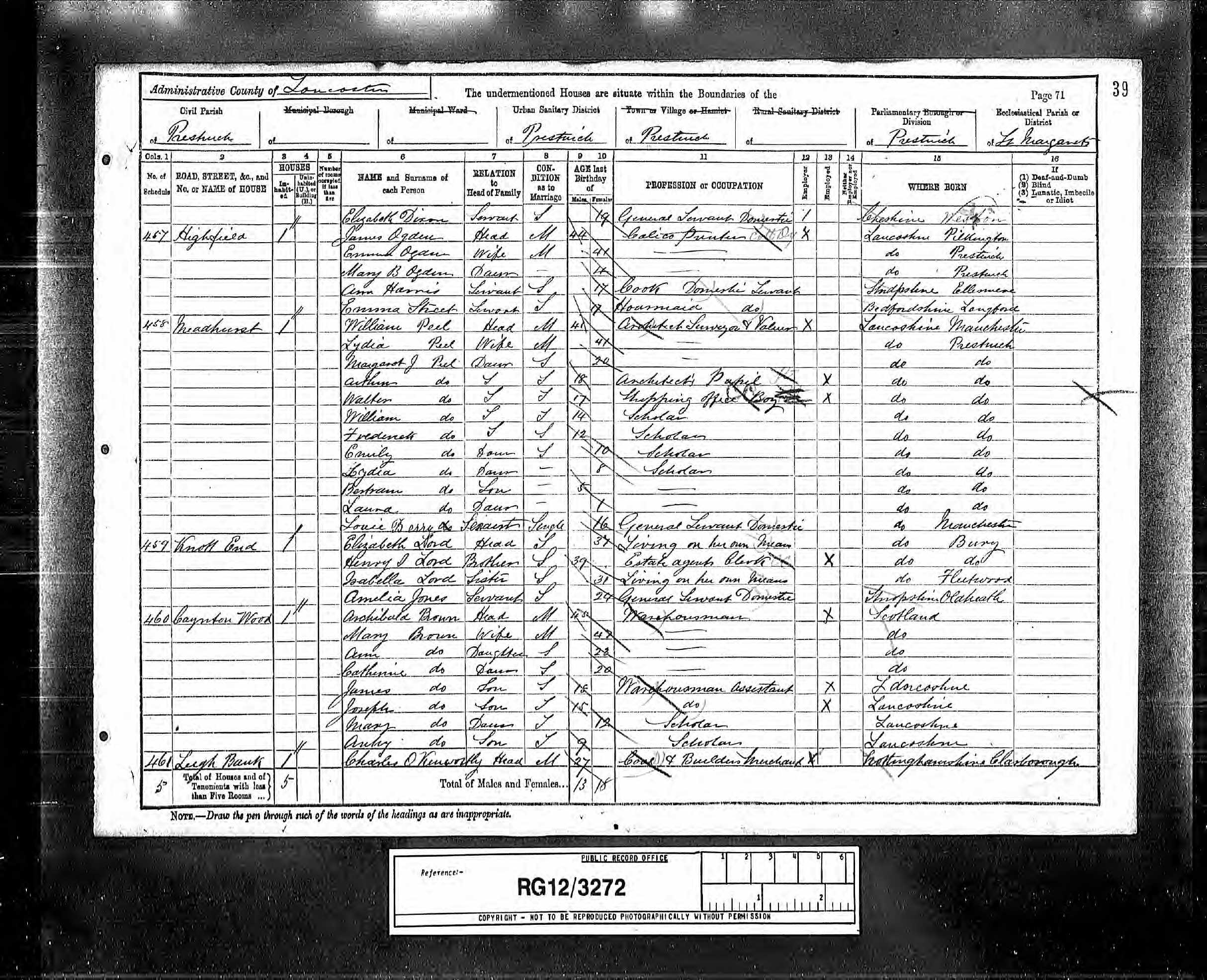 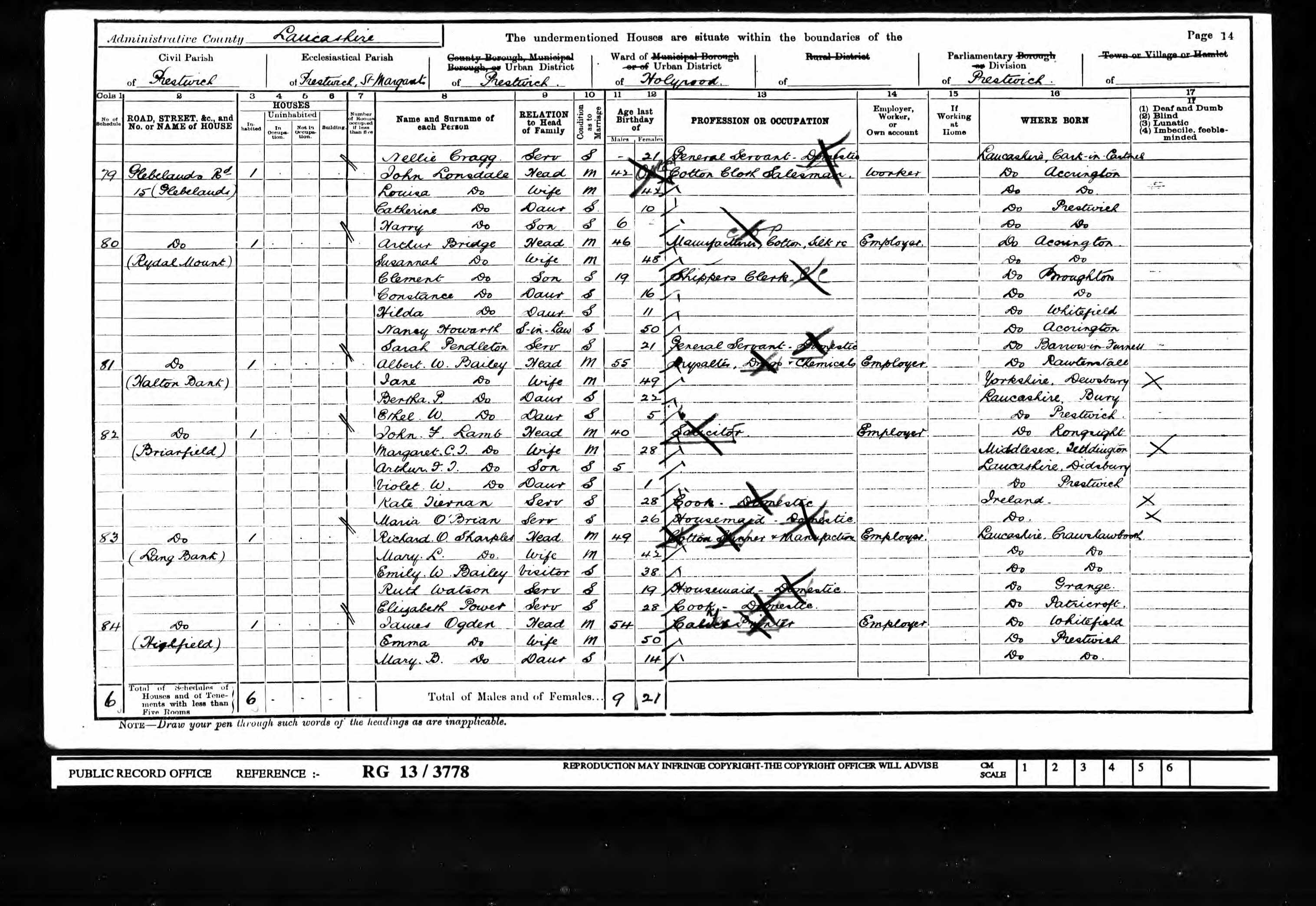 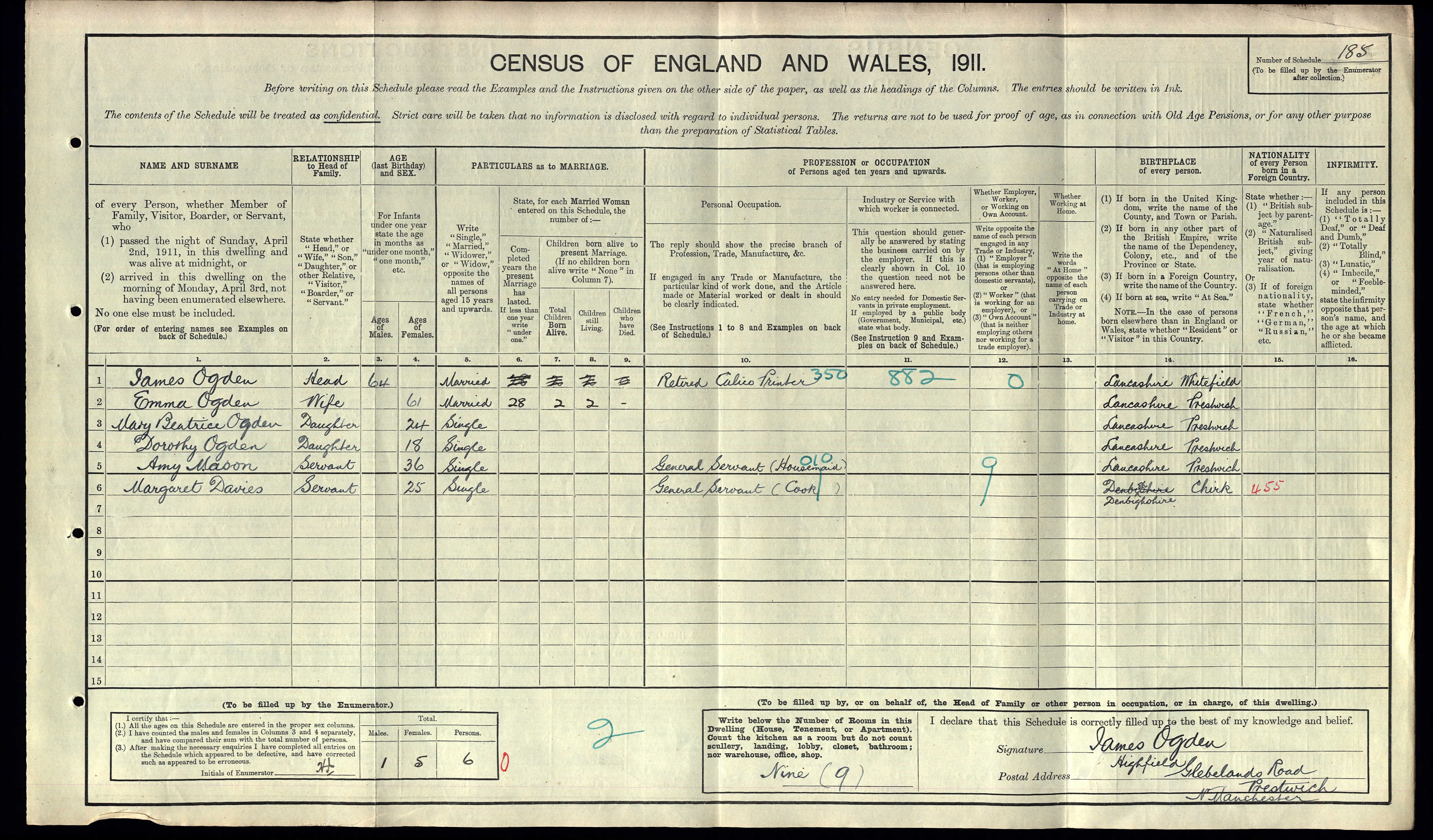