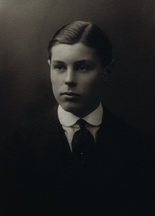 'He went with his Battalion to the front from India in December, and was later appointed Adjutant. He died on May 14 of wounds received near Ypres. His Colonel writing of him says : "Personally I have lost an officer I shall miss horribly as long as I am here. I had the greatest confidence in him, his gallantry, and sound common sense. He was a thorough soldier. He had done two or three gallant deeds that I was hoping to bring to notice. I had found them out, although he never said a word." Such an epitaph is only what his friends would have expected from his cheery plucky character.' (Malvernian, Jun 1915).
Biography
Medal card: WO 372/2/53276