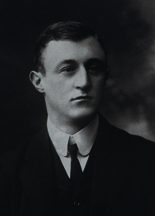 Prior to 1914 he served with the South African Police and was assisting as Adjutant in the Ulster Volunteer Force upon the outbreak of war.
3rd Bn. Royal Irish Fusiliers.
Mentioned in Despatches.