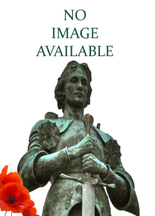 Son of Fred B and Florence Coulson, The Crofts, Bargate, Grimsby, b. 1894.
Lower IV—Upper IV B.
In business.
5th Bn. Lincolnshire Regiment.

Wounded due to German bombardment of village of Bienvillers on Sunday 4th June. He died of his wounds over 2 weeks later.