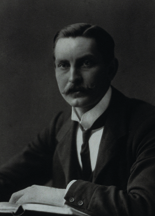 'He came to Malvern late, and subsequently went to live in Western Australia, where he practised as a solicitor. He volunteered with the first Australian contingent, and was killed at Gallipoli on August 7th, 1915, when serving with the l6th Infantry Battalion.' (Malvernian, Dec 1919).

Became a farmer in Western Australia. He had two children and was a widower.
Next of kin: Son, daughter, Parents: Colin Charles and Esther Attwood, The Laurels, Conderton, Tewkesbury, Gloucestershire, England Biography Ancestry