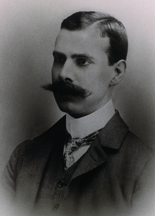 'Suicide whilst of unsound mind'.
A newspaper account stated that he suffered from varicose veins, which had not been cured by an operation, leading to insomnia due to severe pain. He was also very worried about being able to carry out his duties. He was found hanged early on Sunday morning.
He had previously been a Medical Health Officer in Cambridge, Hong Kong and Egypt.