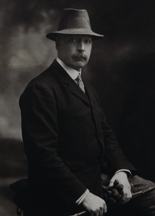 'We are indebted to the Gloucestershire Echo for the following: "Lieut. Agg was at one time a Lieutenant in the 6th (Militia) battalion Worcestershire Regiment. For two years (1902- 4) he sat as a member of the Prestbury Parish Council. Later he moved to Andoversford, where he interested himself in the Boy Scout movement, and became Commandant of that division of the Scouts. He took up the duties of Recruiting Officer for the Cheltenham and North Gloucestershire district in October 1914. He died after an operation for appendicitis on April 2nd.''' (Malvernian, Jun 1916).