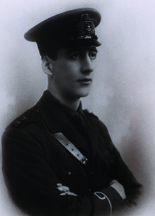 The Extinguished Flame:Olympians Killed in The Great War By Nigel McCrery