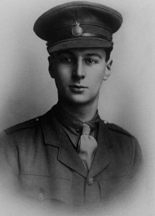 'During the all too short period he was a member of the School, he won the affection of many in the House. He left School long before his time, owing to illness, and his departure was regretted by all. He was a boy of distinct promise, and his early end on the battle-field, fighting for his country, cut short the life of one who had more than an ordinary future before him. He had only been a few days at the front when he met his death while leading his platoon over the top at dawn on November 1st. His commanding officer wrote of him as being a most promising officer, possessed of great personal bravery.' (Malvernian, Feb 1919). 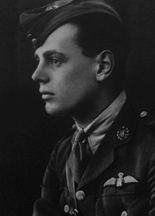 'Notwithstanding his diminutive stature, he was a boy of much grit and determination. He obtained a commission in the Flying Corps, and was out on duty, acting as Pilot Officer, on November 4th, 1918, since when nothing has been heard of him.' (Malvernian, Dec 1919). 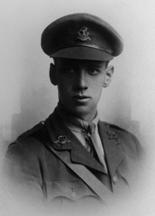 'George Stott from the first, though not destined for the army, was impatient to be serving. His service at the Front was short, only a few months; but sufficiently long to show that he was a gallant officer, and a fearless leader. It was while leading his men in the open on Nov. 5th that he was struck by shell splinters. His case was hopeless, and he died at Rouen Military Hospital three days later. Head of Modern Side, winner of the Chance and Hansell prizes, he promised to have a successful career. His sound common sense, and his ability to arrive at sane conclusions caused him to be regarded as a boy whose opinion was worth having. His good nature and instinctive kindliness invited friendships, and these he had in abundance.' (Malvernian, Feb 1919).